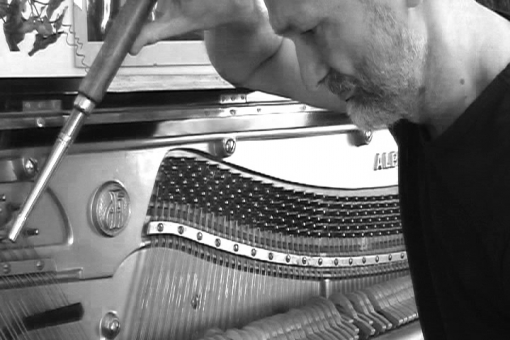 The director jokes that longer he tells about this film than is needed to watch it. In fact, it is more a mini-study than film, a short, optimistic story about Marek Andruszewski — a blind musician and Brail textbooks author. If someone loses sight and does not shoot himself, it’s a good sign says the main character and this is a key to the story about a man who found the way in his life although the misfortune which touched him.

The team of young documentaries directors from Bydgoszcz — Darek Gackowski, Krzysztof Nowicki and Monika Paprzycka — seems as The Trinity, but is it true? Undeniably, they are great in independent cinema popularizating. Dariusz Gackowski is a photographer; as an independent artist he tries to make documentaries. His latest Marek — shown at many Polish festivals — tells the difficulties of blind person’s daily life. Krzysztof Nowicki is an author, known for frequent visitors of independent festivals because of Reggae Is My Life in 2008 — an unique documentary about reggae subculture in Ostróda.

Beyond the cinema and wide distribution of multiplexes, the independent film art is being propagated with emotion and passion – this is what members of ‘Koloroffon’ say about their art.