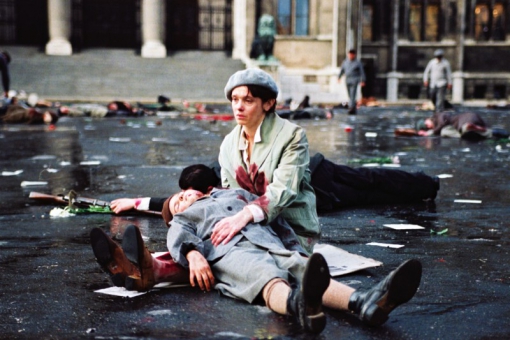 This film is based on one of the saddest part of Hungarian history. In Budapest, the Hungarian Revolution of 1956 is beginning while the water polo team is training for the Melbourne Olympic Games. The player Karcsi Szabó meets the revolutionary student leader Viki Falk and they fall in love for each other. When the Soviet force withdraws Budapest, Karcsi decides to rejoin the team and travel to Melbourne to participate in the Olympic Games. However, a larger Soviet force returns and invades Budapest, killing thousands of Hungarians and suppressing the resistance.