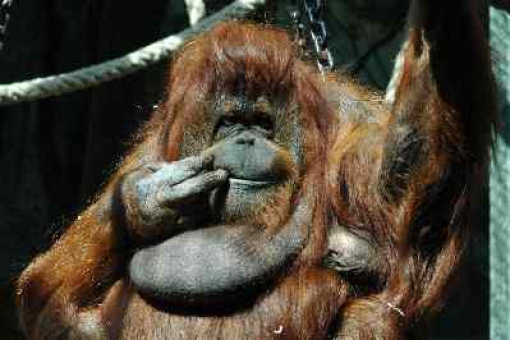 Document. Nénette was born in Borneo in 1969, but she has been living in Paris since 1972. People who spent many years with her speak about her with affection, they emphasize though that it is difficult to gain her trust. It is she who decides when people can touch her. She spends most of her life in silence, carefully observing numerous guests visiting her. Apparently fascinated with her, some of them are able to return for many days to watch attentively her body, a mixture of monstrous strength and winning gentleness. The director — Nicolas Philbert observes behaviour of orangutans with attention characteristic to scientists.