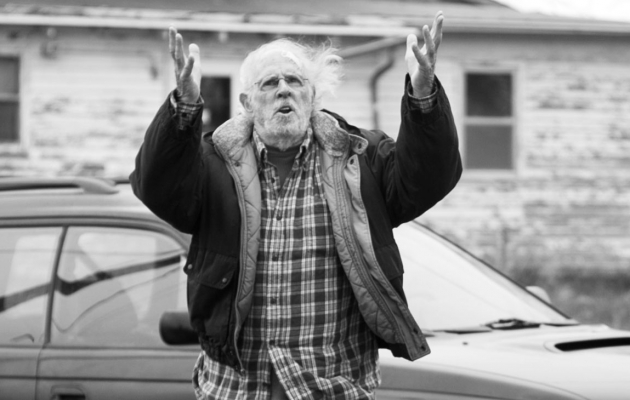 A poor old man living in Montana escapes repeatedly from his house to go to Nebraska to collect a sweepstakes prize he thinks he has won. Frustrated by his increasing dementia, his family debates putting him into a nursing home — until one of his two sons finally offers to take his father by car, even as he realizes the futility. En route the father is injured, and the two must rest a few days in the small decaying Nebraska town where the father was born and where, closely observed by the son, he re-encounters his past.