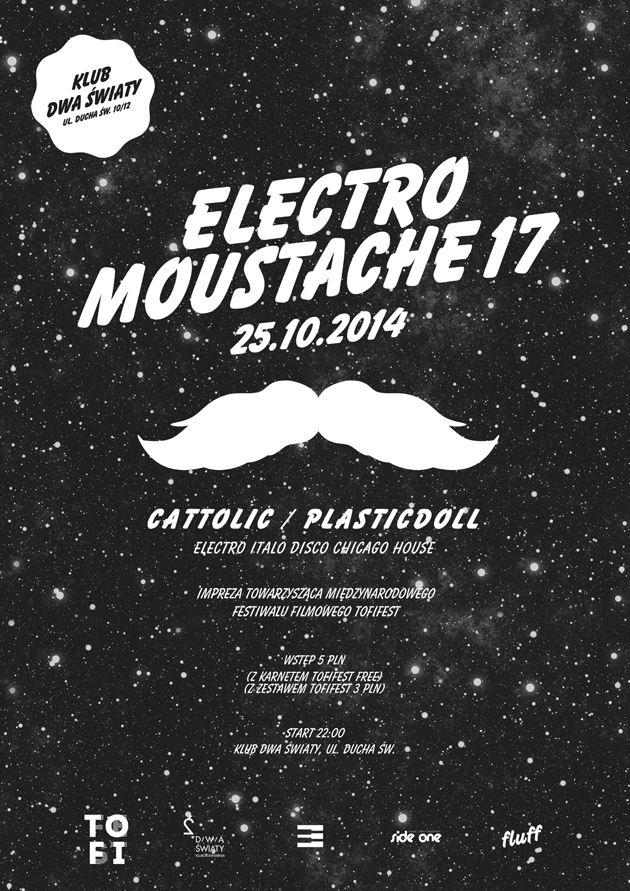 2 rooms, 2 pubs, 2 worlds and the 17th edition of Electro Moustache – it will be the second time that this event has accompanied the Tofifest International Film Festival.

Naturally, it will be largely based on a healthy dose of Italo Electro Disco and Chicago house. This edition will also include sounds from film scores composed for films from the 1980s. The festival guests will have an opportunity to see the work of the traditional DJ team: Cattolic / PlasticDoll.