Is the Man Who Is Tall Happy?: An Animated Conversation with Noam Chomsky 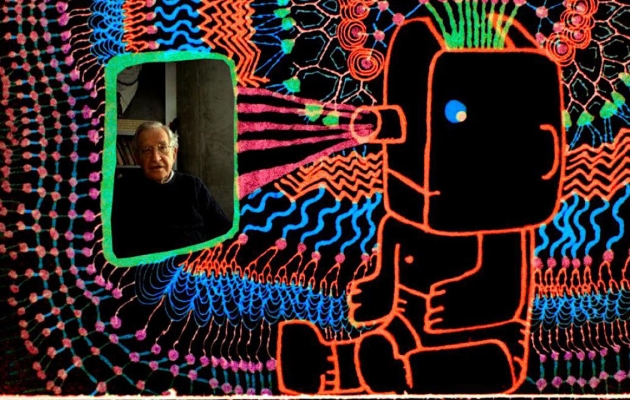 The film is an interesting attempt to show the interesting personality of Noam Chomsky and his equally interesting, albeit somewhat complicated scientific theories. To this end, Michael Gondry has adopted a unique method: He is not only having an fascinating and frank conversation with the scientist, but amazing animations add colour to it, serving as perfect visualisations of what Noam Chomsky is talking about. By using such an approach, his concepts become much more understandable and accessible to the audience. As a result, the film is transformed into a real visual and intellectual feast, and its title is a conscious and slightly ironic playing with language with references to the Noam Chomsky's language theories.