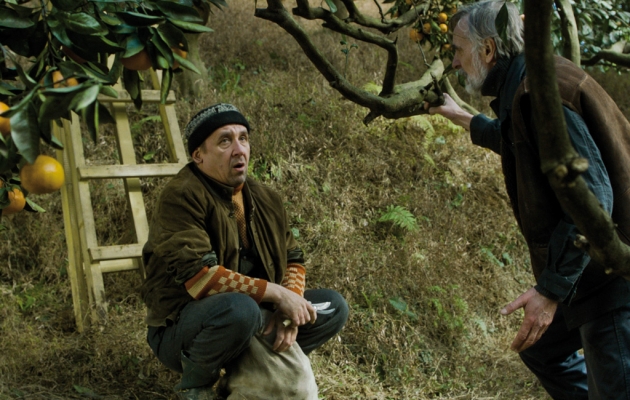 The autumn in Abkhazia is a beautiful season — hills covered with forests, the sea, and tangerines blooming in orchards. But it was so much different, back in autumn of 1992. Abkhazia is fighting to be separated from Georgia. A war has started and people are fleeing. Markus has not left, as he intends to pick tangerines from the orchard, although his neighbour Ivo strongly opposes to harvesting during the war. When the sounds of firing quiet down, Ivo stumbles upon Ahmed, who was wounded in a skirmish. Despite the risk, he takes Ahmed home and gets the wound dressed. And when Markus is burying dead Georgians, he also finds one that is alive...