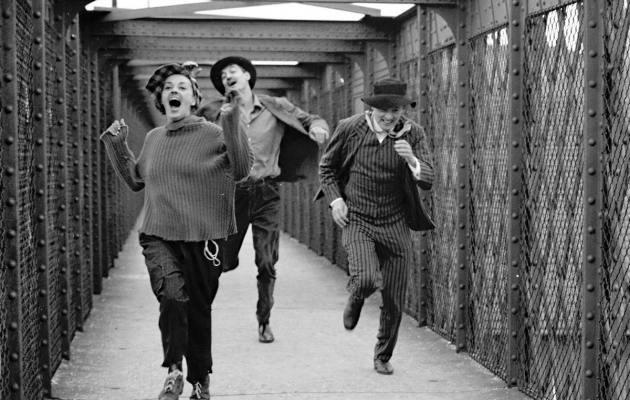 The film starts before WWI breaks out. Jules, a shy writer from Austria, shares his passion for literature, art, and women, with Jim, from France. Both men live according to the bohemian ways. When on a trip to one of the many islands on the Adriatic Sea, they meet Catherine and both fall in love with her. On the brink of war, Jules and Catherine make a decision to go to Austria and get married. Both men are enlisted and end up in two enemy armies. After the war, Jules returns to his wife and both of them and their daughter Sabine move away to a remote town in German mountains. They invite Jim to come over and live with them for a while…