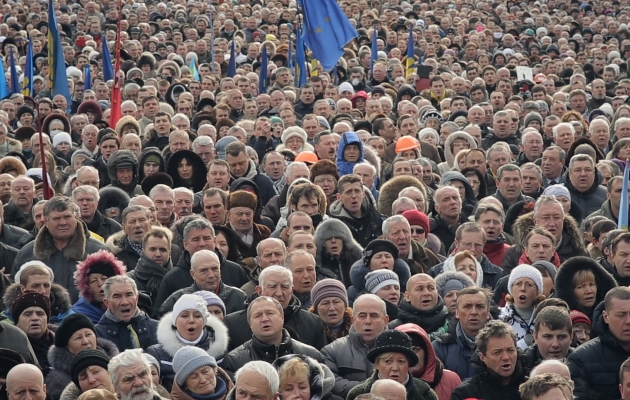 Documentary. The film is set in the period from December 2013 to February 2014, when a new Ukraine is being born in Maidan Nezalezhnosti in Kiev. Ukrainian people are protesting against the dictatorship of president Victor Yanukovych and the corrupted government. At first, protests are peaceful and calm, and demonstrators are enthusiastic. We see blue and yellow flags, people are singing the national anthem and folk songs, while local poets get on stage to read poems about freedom and freeing from the yoke of totalitarianism. All of a sudden, everything changes. The atmosphere becomes dense. We the police force with riot shields and in gas masks. There are flames and smoke… The film referred to as a picture about “the birth of a nation” bears testimony to the profound political and social changes in Ukraine.