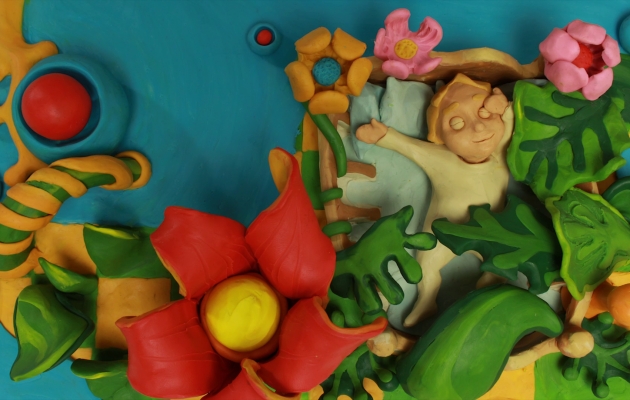 It is a video clip to the song Królewicz by the band Jerz Igor – the song is taken from the album Mała płyta. The band is composed of Jerzy Rogiewicz (also from Bydgoszcz) and Igor Nikiforow, who are famous for having been part of many bands from the Warsaw independent music scene.

Monika Kuczyniecka is one of the most interesting Polish animators of the young generation. She lives and works in Bydgoszcz. She is an author of video clips for such bands as Voo-Voo, Bajzel, Fox, or Czesław Śpiewa. She has graduated from the Academy of Fine Arts in Poznan. In 2010, she won the OFFowe Odkrycie Roku (Independent Discovery of the Year) award given by Stopklatka website and Kino Polska TV channel.