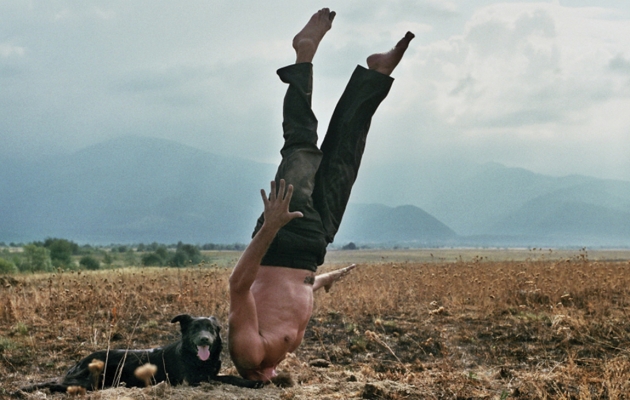 It is rather difficult to discern a coherent body of cinema work that could be labelled “Belgian national cinema” and therefore we can see films from Flanders and Wallonia, in cinemas. The doors to international success were opened by “Man Bites Dog” directed by Rémy Belvaux. Today, everybody recognises the Dardenne brothers and Felix van Groeningen.

It was quite possible that Joseph Plateau, professor of experimental physics, would be listed among the pioneers of cinematography, right next to the Lumière brothers. There reason for that is his invention of an early stroboscopic device, the “phenakistoscope”, in 1836. It was never popularised and the first ever public presentation came as late as in March 1896. The first stages in the development of film art were dominated by Charles Pathé, a French film tycoon. The first significant date only came in the year 1930. A number of renowned figures, such as Charles Dekeukeleire and Henri Storck, were experimenting with new techniques of filming. The result of their work was the first Belgian Documentary School in history. When sound appeared in cinema, Jan Vanderheyden adapted on screen a popular novel, De Witte by Ernest Claes. The film is now part of the cinema classics. The successive years saw the development of animation. The most popular artist from that period of time is Raoul Servais, who won many awards, including Palme d'Or for the best short film Harpya (1979). In the 1980s many social dramas were made, including Brussels by Night by Marc Didden (1983) and Blueberry Hill by Robbe De Hert (1989). In the meantime, animated films were still enjoying great successes at film festivals. In 1987, Nicole Van Goethem won an Oscar for the best animated short film A Greek Tragedy.

The cinema of Flanders and Wallonia was also continuing its path of success into the 1990s. Man Bites Dog directed by Rémy Belvaux made its international career. The Dardenne brothers are also very popular. Luc Dardenne (a philosopher by education) and his brother Jean-Pierre (who started his career as an actor) bought their first camera working in a cement plant. Both directors refer to each other as “one body with four eyes.” Their films discuss social problems and in particular the stories of people entangled in complex life situations. Two times, the duo won the Palme d’Or at the Cannes Film Festival (in 1999 for Rosetta and in 2005 for The Child). In 2011, the Dardenne brothers won Grand Prix in Cannes for The Kid with a Bike. Felix van Groeningen is another recognisable and notable film director from that region. The Misfortunates is another Belgian film, apart from the Bullhead nominated for Academy Awards, which was a box office success on international markets. The Misfortunates received a special mention in Cannes and it was also the official Belgian candidate for Academy Awards. The Broken Circle Breakdown, the last film by Felix van Groeningen is a story about the great love between Didier, leader of a music band, and Elise, owner of a tattoo studio, both of whom fate puts to a difficult test. The film won the European Parliament LUX Prize and the Audience Award at Berlinale 2013.

In his interview for “Interview Magazine”, Felix van Groeningen admitted that it had no meaning whatsoever which part of the country the film nominated for Academy Awards came from. All that mattered was the unique talent of an artist. And this is exactly what filmmakers from Flanders and Wallonia never lack. Maybe their cinematography will soon become the most wanted one in Europe, who knows?