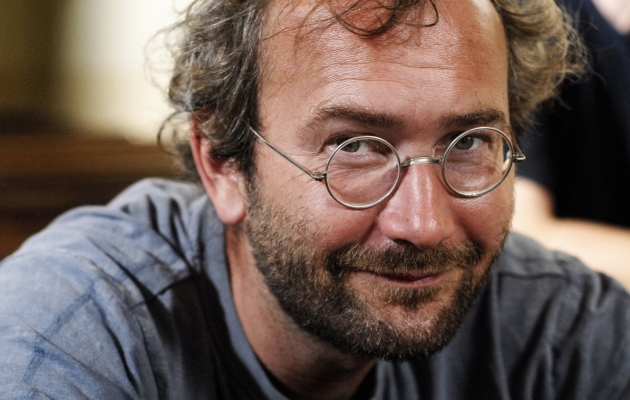 The prestigious film-related “Variety” magazine has listed Sláma as one of the ten international film directors, whose career is worth keeping an eye on. Bohdan Sláma, one of the most interesting film directors from the Czech Republic, had this to say: “I feel an heir to the tradition of the Czech cinema. All the directors from my generation grew from the tradition of the cinema from 1960s. We are all children of our culture.”

Bohdan Sláma was born in 1967. He has graduated from the Film and TV School of the Academy of Performing Arts in Prague (FAMU). He made his debut in 1994 with the short film Zahradka raje, but what brought him popularity and numerous awards (among others at film festivals in Rotterdam, San Francisco, and Warsaw) was his full-length The Wild Bees. The film tells a story abort the life in a small village in northern Moravia, far away from the big world and its many conflicts. His Something like Happiness was another of films recognized by the audience and critics (it was awarded with the Czech Lion Awards and the Golden Shell at the San Sebastian IFF). The film introduces three young people of whom every single one has their own way of looking for happiness in life, only to discover that cannot find it. The audience will find Something like Happiness full of everything they love about the Czech cinema — a touching story packed with accurate, albeit often quite sardonic observations about the modern world, as well as unique heroes and funny dialogues. In 2008, The Country Teacher was awarded with the Czech Lion Award for the best script. The film clearly demonstrates that similar dilemmas about sexual identity still require the style of a great drama, in our part of the world. Four Suns, his latest film from 2012 has received the Czech Lion Award for the best film and the best directing. The film presents a young couple — Jana and Jára — and their two children: a small girl and a teenage boy, who has just entered his rebellious period of adolescence, as they are struggling with family problems. Four Suns is the first Czech film in history to have debuted in a competition during the Sundance IFF.

Slama has a unique ability: he simply does not show ordinary places and ordinary people engaged in their mundane activities. Similarly to our Jan Jakub Kolski, he puts them in the centre of the universe, making their mundane problems the most important ones. When giving an interview for the Filmweb website, Sláma made this remark about his work: “I have always felt that the space of interpersonal relations is the most important to me. There is always a question about spiritual values, even if our reasoning is rational. And no one is able to escape that. This forms an integral part of us and of our life.”