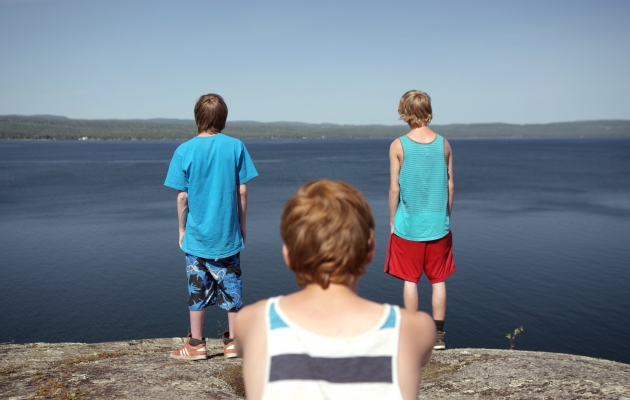 Teenager Adam is spending his summer vacation with his parents on rugged Lake Superior. His dull routine is shattered when he befriends Riley and Nate, smart aleck cousins who pass their ample free time with debauchery and reckless cliff jumping. The revelation of a hurtful secret triggers Adam to set in motion a series of irreversible events that test the bonds of friendship and change the boys forever.

Andrew Cividino raised in Dundas, spent summers on the north shore of Lake Superior where his mother grew up and where Sleeping Giant is set. Andrew went to film school at Ryerson University’s School of Image Arts. Cividino went on to direct Sarah Gadon in the short Yellow Fish, which screened at Telefilm’s Not Short on Talent showcase at Cannes in 2013.