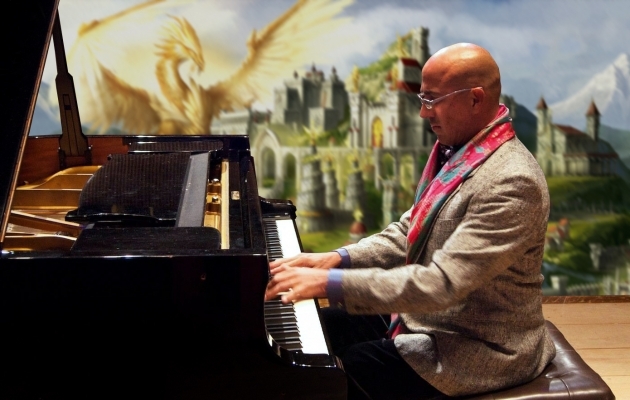 Paul Anthony Romero is one of the most talented and renowned artists, who compose music for video games. His most often associated with Heroes of Might and Magic — a series of turn-based fantasy strategy games, which has a cult status among players. The work of Romero is frequently compared to classical music pieces, which comes as no surprise: “I grew up hearing the music of Bach, Handel, and Scarlatti”, he recalls. He debuted in front of a big audience, when he was only 11, giving a piano performance of works by Mozart, to the accompaniment of Santa Monica Symphony Orchestra. He gave his first piano concert based on his own compositions only two years later. It was already the point when his music career was gaining a huge momentum, and brought about tournees and album releases.

The first opportunity for fans of computer games to hear music composed by Romero came in 1995, when the world saw the première of Heroes of Might and Magic: A Strategic Quest, a game made for New World Computing (it is now Ubisoft). In the successive episodes of the game, Romero cooperated with great many musicians, but it is Rob King that has made a special bond with. Together, they have composed many music themes for HoMM that we are all so familiar with. Romero is also the author of soundtracks for films, games, musicals, and opera works.