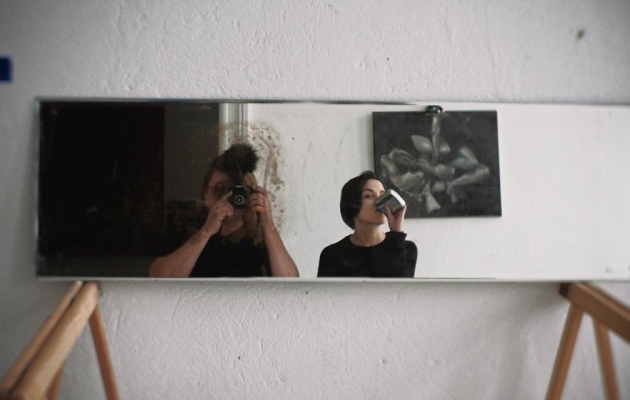 “Berlin Diaries is a journal. It is a journal documenting a struggle with own weakness and despair, after losing the closest person, and a journal that documents an ephemeral romance. This journal was filmed as a way for me to survive a very hard winter of my life. The journal is comprised of conversations, shreds of situations, landscapes being passed by, pictures of nature and city, all of which I try to connect with memories and reflections on my own condition. It is a record of my own fall and efforts to understand myself and the nature of the medium I use to try and communicate with the world. If we consider this journal to be a film, then it is an extremely personal and existential one; a story about an artist, who struggles to liberate himself from the limits of film form, and looks for the meaning of life and art. It is a story about coming back to an empty family home and trying to overcome one's own personal crisis. It is a story about the fragility of life, love, and loss, told in a poetic context of a love story.” — Przemysław Wojcieszek

Przemysław Wojcieszek (born in 1974) — he is a film and theatre director, and a screenwriter. He has graduated from the Faculty of Polish Studies at the Jagiellonian University in Krakow and from journalism at the University of Wrocław. In 2005, he was awarded Polityka's Passport in the Film category for “original work that constitutes a manifesto of the generation of 30-year-olds, who are looking for their place in our reality.”