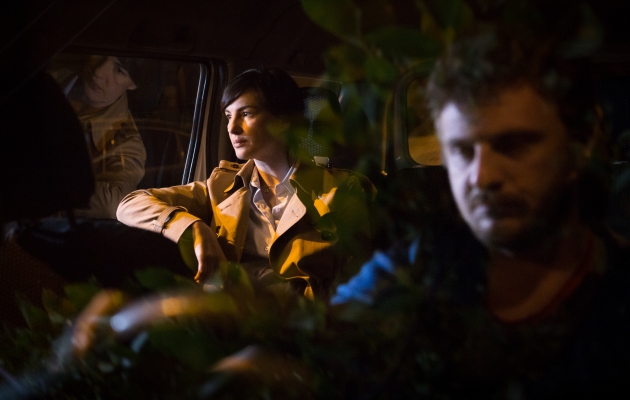 As a football match paralyses Bucharest, an anxious business woman, Dana, age 40, boards young Alex's cab. Once in front of her building, despite their obvious differences, Dana asks Alex to stay with her for the night. At any price.

Marius Olteanu was born in Bucharest in 1979. He is a graduate of the UNATC in Bucharest and NFTS in Beaconsfield, UK. He directed several award winning short films and a feature documentary on how the people from Timoc, Serbia, say goodbye to their loved ones as they leave this world. He is also a photographer.