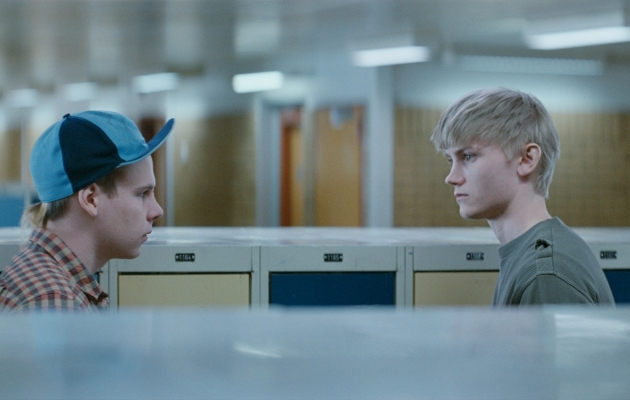 The Here After is a story based on true events that takes place in the Swedish countryside. John is released from juvenile detention and wants to start his life anew. Unfortunately, his crime from the past has neither been forgotten nor forgiven, among the local community he wants to come back to. His return triggers the worst emotions in everybody and the possibility of being lynched seems to be impending. John feels abandoned by his former friends and those he loves — he soon starts losing all hope. He is overwhelmed by the very same aggression that once put him behind bars. Since he cannot leave the past behind him, John decides to face it.

Magnus von Horn was born in Göteborg, in 1983. In 2013, he graduated from the Film and Television Direction Department, at the Lodz Film School. He is currently living in Warsaw. He is a film director, teacher at a film school in Warsaw, and author of award-winning short films Echo (2009) and Without Snow (2011). The Here After is his full-feature debut film.