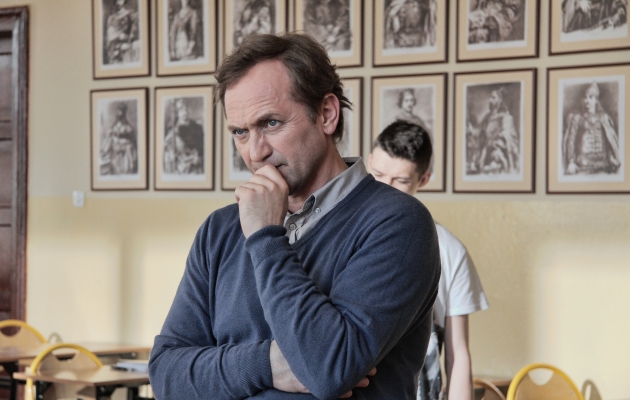 Kacper (Andrzej Chyra) is a history teacher from a secondary school in Lublin, adored by his students, who is gradually losing sight. He has received a medical diagnosis that leaves no room for doubts. The man may suffer from permanent blindness, which results from a genetic defect. Heartbroken at first, he eventually decides to hide his medical condition from the superiors, so as to keep his job and make sure that his students make it to the matura exam (secondary school exit exam). The only keeper of his secret is his best friend Wiktor (Arkadiusz Jakubik). Struggling with the new situation and challenges, Kacper enters into a close relationship with one of his female colleagues (Urszula Grabowska), and tries to help a rebellious student, Klara (Eliza Rycembel), who is hiding her own secret.

Jacek Lusiński was born in Pabianice, in 1969. In 1997, he graduated from the Film and Television Direction Department, at the Lodz Film School. He makes feature films, documentaries, TV commercials, and video clips. He has also written a book titled “Carte Blanche”, which was published in 2015.