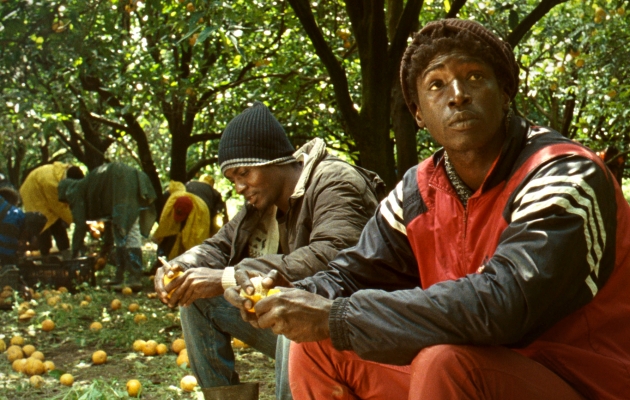 Ayiva recently left his home in Burkina Faso in search of a way to provide for his sister and his daughter. He takes advantage of his position in an illegal smuggling operation to get himself and his best friend Abas off of the continent. Ayiva adapts to life in Italy, but when tensions with the local community rise, things become increasingly dangerous. Determined to make his new situation work he attempts to weather the storm, but it has its costs.

Jonas Carpignano (b. 1984, New York) spent his childhood between Rome and New York, and later attended Wesleyan University in Connecticut. He has lived and worked in Calabria for the past five years, and in 2012 he attended the Sundance Screenwriters & Directors Lab. His two short films, A Chjàna (2011) and A Ciambra (2014), could be seen as preparations for Mediterranea — his feature-length debut.