Escape from the “Liberty” Cinema 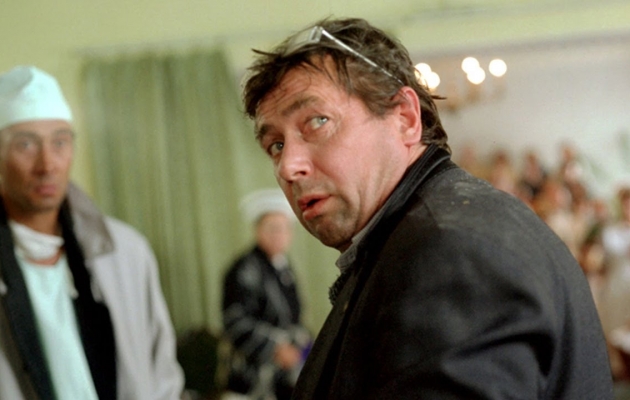 People in the “Liberty” cinema are watching a film titled Jutrzenka (Polish for “dawn”). The screening is interrupted by an exceptional happening. The actors on screen come to life and start talking to each other, slowly making the audience participate in conversations. Crowds gather outside the cinema, while the authorities and security services are thinking about the best strategy to apply in such a situation. They are joined by a censor — a man getting on for fifty — who used to work as a literary critic and journalist. The boundary between fiction and reality is slowly becoming blurred. Censor start talking to Małgorzata, one of the protagonist in the film. The actress is grateful for a favourable review the censor once wrote for her, but she is also not approving of his current line of work. She makes him realise that being a censor is the actual source of his enslavement. The censor decides to abandon his job. Decision-makers come to the conclusion that the copy of Jutrzenka must be destroyed. As a form of protest against the idea, the censor enters the film, thus rendering the destruction of the film impossible.

Wojciech Marczewski was born in 1944. In the years 1964-68, he worked as an assistant at Se-Ma-For studio. In the years 1989-91, he was a member of the Committee for Cinematography, and in the 1990s a dean at the National Film and Television School in Great Britain. He has been a teacher at the Lodz Film School, since 1998