Shirin Neshat comes back to Toruń! 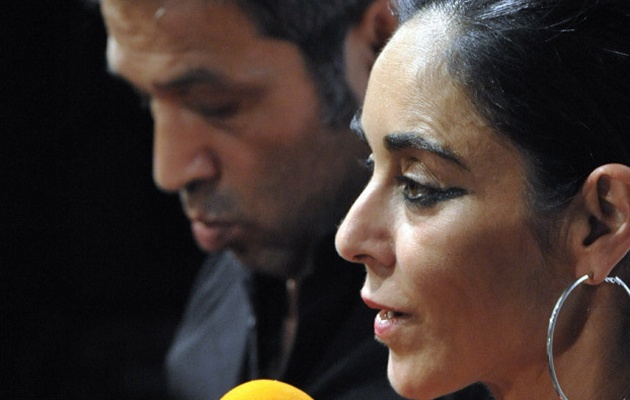 In Polish cinemas we can see now film debut of the Iranian artist Shirin Neshat. Polish premiere of this film was released at Tofifest'2010. Shirin was our special guest in Torun. Shirin Neshat, Iranian who works in New York, is one of the brightest stars of contemporary art. In Torun she promoted - with her husband and actor Shoja Azari - his debut, "Women without Men," which was honoured by Silver Lions in Venice.

Beautiful, recognized throughout the world Neshat, is one of the first artists, who so powerfully introduced into the global discourse on the art, the place of women in Islamic countries. Her film debut, awarded the prestigious Silver Lion at the Venice Film Festival "Women without men [" Women Without Men / Bedun Zanan-e Mardan-e "], treated about this theme.

Summer 1953 in Iran just before the coup. Americans and British want to overthrow the government of newly elected Prime Minister Mohammed Mosadegh and in its place establish a rule of Reza Shah Pahlavi. In the face of political turmoil and street riots four different women trying to find their own place on earth and discover a deeper meaning in their lives. It shares many of them - the social background, experience and passion in life. It combines the one - a strong sense of vulnerability and femininity, and the insatiable need for male love.