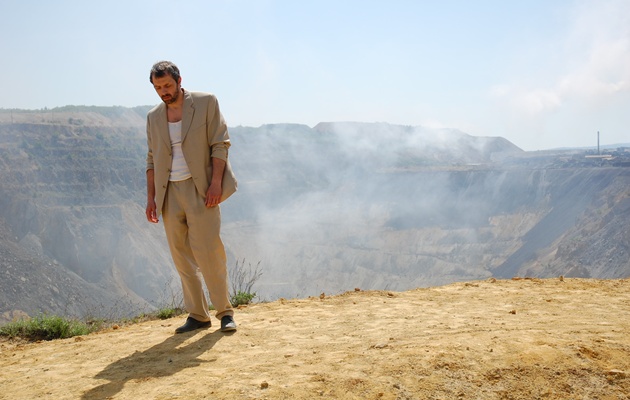 TOFIFEST invites you all to a meeting with Serbian cinematography — the first one in many years. In today’s Europe, Serbia is a country that exists in certain “oblivion”. Pushed back to the peripheries of political and economic life of the continent, after the infamous wars of the 1990s, it has become terra incognita to the majority of Europeans. We do not know what Serbian people think, feel and dream about. The look at their cinematography is supposed to provide an insight into the Serbian soul of the first decade of the 21th century.

The contemporary Serbian cinema communicates pain, a sense of threat, human confusion, unprecedented intensity of social problems (especially in the aspect of international relations) and particularly pessimistic landscapes: pictures of poverty, prostitution and degradation. The work of young Serbian artists, presented according to the spirit of TOFIFEST, serves as a bridge, between the time of killing and terror, and the modern times when Serbia is trying to go back to normal life.

It is significant that the majority of Serbian films was usually co-produced in cooperation with the republics of the former Socialist Federal Republic of Yugoslavia (particularly with Croatia and Bosnia), until 1991. When the Communist rule was overthrown, there was an obvious break between erstwhile collaborators. The relations between neighbours set at variance are being rebuilt by, among others, the creating of new festivals that highlight the cinema accomplishments of each individual country, serving as a thaw in the relations between countries.

One of the most important elements of the modern Serbian cinema is music — predominantly folk music — vibrant and reinforced by a brass band. It would be impossible not to make a reference to Goran Bregovic (a son of a Croat man and Serb woman, who cooperated with Polish artists — Kayah and Krzysztof Krawczyk). Emir Kusturica is another outstanding person in the Serbian cinematography, being the author of such masterpieces, as: Arizona Dream (1993), Black Cat White Cat (1998) or Life is a Miracle (2004).

During the film festival in Torun, we will see Skinning (2010) by Steven Filipović — a film that will introduce us to the world of Serbian skinheads, led by a charismatic Relja. It is a world of confused people, who grow up following warped principles. The program of the festival includes the presentation of White, white World (2010) –the winner of the festivals in Cottbus and Mar de la Plata. The film tells a story about a woman who returns home, after imprisonment for killing her husband. Having returned home, she will meet her daughter and two ex-lovers. The fate of the girl gets tangled and she starts a relationship with one of her mother’s lovers. We will also see Here and there (2010) by Darko Lungulov, starring David Thornton and Mirjana Karanović and... Cyndi Lauper. The film won the Tribeca FF and presents two independent stories of people, whose lives become entangled between two continents (it is a relation between Serbia and USA). One story presents Robert, a New-Yorker, who goes to Serbia, to marry a girl. She needs an American visa, he needs quick cash. Unfortunately, the plan goes awry and Robert misses the chance to get the promised money. The other story is about Branko, a young emigrant from Serbia, who struggles with the reality of life in New York, doing everything in his power to bring his Serbian girlfriend to America. Honeymoon (2010), by Goran Paskaljević, will undoubtedly be another interesting film — it was awarded at the Film Festival in Thessalonica, won the European Film Award and numerous other international awards. The film presents the distance between the Eastern and Western Europe, the latter of which becomes a promised land to the newlywed couples. The honeymooners set off on a journey to the better world. Soon, their fates become connected. The above are just some of the surprises in the New Serbian Cinema block, prepared for the audiences of the TOFIFEST Festival.

It is a perfect opportunity to mention Mirjana Karanović, who became particularly famous, after Grbavica (a film made in Bosnia). In 2007, Mirjana Karanović was awarded with the Golden Angel Award and was a special guest, at the festival in Torun. Another significant Serbian element of the TOFIFEST was the premiere of the famous Gucha (Distant Trumpet), organised in 2008. The film was honoured with a great outdoor concert of the Boban Marković Orchestra — a cult band from Serbia.