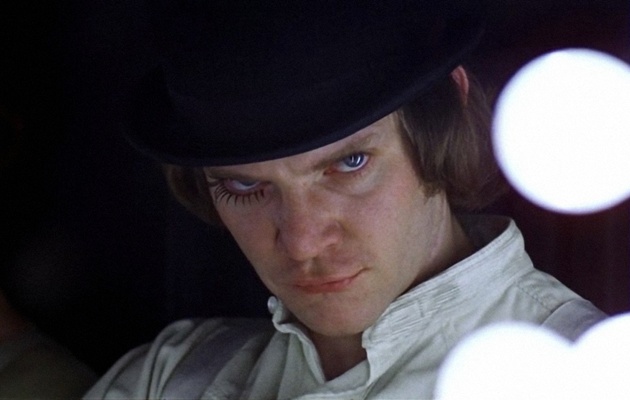 The opening gala of the 9th edition of the IFF TOFIFEST that takes place on 25th June will be honoured by the Polish premiere and European second screening of the legendary “A Clockwork Orange” by Stanley Kubrick, in its renewed version, after the presentation in Cannes. This “rebellious” film, plagued by censorship, will open this year’s edition of rebellious Tofifest, marking the 40th anniversary of its making.

This unique event will take place, thanks to the courtesy of Stanley Kubrick’s family and Warner Bros. Entertainment Poland – the distributor of the film. The opening gala of the International Film Festival Tofifest will offer guests and audiences the opportunity of watching a masterpiece of the world’s cinematography, in a new, renewed version, which saw its premiere in May 2011, in Cannes. Critics of the time emphasized the fact that Kurbick’s film was an ageless creation and the director’s vision of “aesthetics of violence” elevated the film to the level of a philosophical parable. During the festival in Torun, we will see the only existing digital copy of the Polish version of the film, which was made especially for the Tofifest Festival.

The screening in Torun will take place at a unique moment. This year marks the 40th anniversary since the making of “A Clockwork Orange”. This film has not always been seen as a masterpiece, though. Upon its release, it polarised the audience. In 1972, it received 4 nominations for Academy Awards, 3 nominations for the Golden Globe Award and 7 nominations for the BAFTA Award. Yet, none of the awards was given. Why was that? Was it even possible to give any such awards to the film that was most fought against by the censorship of the 1970s?

The adaptation of the famous novel by Anthony Burgess, a Scottish writer, published in 1962, stirred the blood of critics and film enthusiasts. Kubrick was immediately given the label of a “controversial” artist. Instantly, there emerged a group of hard fans and an army of critics that hated the director. What caused such drastic reactions? “A Clockwork Orange” is a surrealist vision of a society, filled with brutality and violence, set in the not so distant future. In reality, Kubrick used that brutal entourage and SF staffage, on purpose, to communicate a painful truth about the cruel society of his time, which hid the omnipresent violence, with embarrassment.

The film has become an inherent part of the long list of the masterpieces created by Stanley Kubrick, such as “2001: A Space Odyssey”, “Full Metal Jacket”, “The Shining” or “Eyes Wide Shut”.

The opening gala of the 9th edition of the Tofifest Festival will take place at Cinema City – a partner cinema – on 25th June, at 7:30 p.m. During the same Opening Ceremony, Jerzy Stuhr, a master of Polish cinema, will receive a Special Golden Angel Award for Artistic Insolence. The festival will offer the opportunity to see a retrospective on the Angry Young trend, New Serbian Cinema, films of Jim Sheridan and panorama of Grzegorz Królikiewicz. The slogan for this year's edition is “Get infected… with cinema”.