Jiri Menzel to be awarded at IFF Tofifest 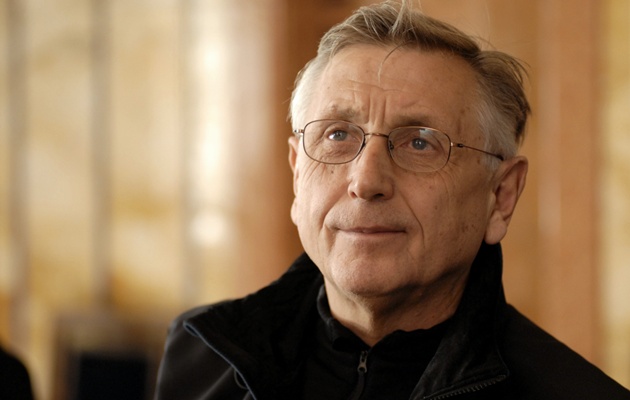 Jiri Menzel, an Oscar-winning Czech director will receive a Special Golden Angel for Lifetime Achievement, at the 9th edition of the IFF Tofifest in Torun. The visit of the author of “Closely Watched Trains” will be accompanied by a retrospective of his films and a Masterclass, intended for the film enthusiasts craving for knowledge.

Jiri Menzel will receive a Special Golden Angel of Tofifest for Opening New Horizons and Artistic Contribution to the World’s Cinematography. Menzel is a living legend of cinema. Nobody was as successful, as he was in the disclosing of the Czech soul to the world – particularly the soul described by Bohumil Hrabal. Menzel is not only a director, though. He is also an actor and screenwriter. He directed 28 films, wrote 20 screenplays and starred in mere... 67 titles!

His greatness was quickly recognised. He received the Oscar for Best Non-English Film as early, as for his first independent film – Closely Watched Trains. However, he made his cinema debut a little earlier, with The Death of Mr. Balthazar (1966), which is part of the Pearls of the Deep full-feature collection (1964). After the Oscar-winning Closely Watched Trains, he made the melancholic Capricious Summer (1968), which won him Grand Prix at the IFF in Karlovy Vary. Larks on a String (1969) marked his return to the work of Bohumil Hrabal. The film told a story about the everyday life of the former Czech petty bourgeoisie that was forced to “re-educate” and work at a local scrapyard, in the 1950s. The film was forbidden by the Communist censorship and ended up in a warehouse. It was released as late, as in 1990, at the IFF in Berlin... and won the Golden Bear. In 1968, Menzel was trying to film a comedy – Crime in a Music Hall. Unfortunately, he was forced to stop, when the armies of the Warsaw Pact invaded Czechoslovakia. The authorities banned film production and Menzel took up theatre. It took six long years, before Menzel returned to films.

The return resulted in Who Looks for Gold? (1975), Seclusion Near a Forest (1976 – Silver Hugo at the IFF in Chicago, the FIPRESCI Award at the IFF in Mannheim, the CIC Award at the IFF in San Sebastian) and Those Wonderful Men with a Crank (1978). It was also Menzel’s return to Hrabal – he filmed Cutting It Short (1980) and Snowdrop Celebrations (1983), as well as My Sweet Little Village (1985), based on a screenplay by Zdeňek Svěrák. The year 1989 saw the production of End of Old Times, which received, among others, awards for Best Direction and Best Feature at the IFF in Los Angeles, as well as awards for the Best Direction at the festivals in Montreal, Las Vegas and Melbourne.

To date, the last film of Jiri Menzel (and yet another variation on the work of Hrabal) has been I Served the King of England (2006) – a beautiful and clever story about the most important things in life, taking place in Czechoslovakia, in 1950s. The film received the FIPRESCI Award in Berlin, as well as four Czech Lions and an award at the IFF in Sofia.

One cannot forget the acting achievements of Jiri Menzel. Film enthusiasts will no doubt remember such films with Jiri Menzel as: Accused (directed by Ján Kadár and Elmar Klos – Oscar in 1965 for the Best Non-English Film), Tender Barbarian (directed by Petr Koliha, 1989), Martha and I (directed by Jiri Weiss, 1990), La Petite Apocalypse – based on a novel by Tadeusz Konwicki (directed by Costa Gavras, 1992). As of now, Jiri Menzel is preparing to star in the newest production by Istvan Szabo – The Door.

Grzegorz Królikiewicz, Jim Sheridan and Jiri Menzel will conduct their own Masterclasses (master lectures), during the festival. Admission to all Masterclasses is free, although people with tickets for the film of a particular author, festival passes or sets are admitted first.

MASTERCLASS: Grzegorz Królikiewicz
“My Future Cinema – what is beyond the screen?”

MASTERCLASS: Jim Sheridan
“From Scriptwriting to Film Directing. Personal experiences with writing scripts and film directing: My Left Foot, In the Name of the Father, In America”