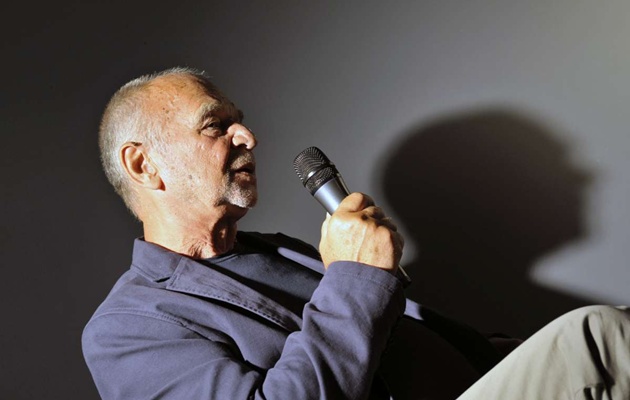 Janusz Majewski: “We were no saints”

On Thursday, we hosted at the Tofifest Janusz Majewski, the director of “Mała matura 1947” (“Baccalaureate 1947”). This Polish movie is taking part in the FROM POLAND competition and it seems it’s doing very well taking on some renowned films. The confirmation of it is, for instance, its high rank in the audience poll.

“Baccalaureate 1947” has already managed to win a number of prestigious awards at film festivals. Now, time for it has come to take on the Toruń festival. This evening already we’ll get to know who’s won the award. The movie’s “assistant” at the festival is the director, Janusz Majewski, himself. The Tofifest audience was able to meet him at the Centrum cinema in the Centre of Contemporary Art.

Already at the very beginning, the director revealed to the spectators that some threads in his movie are reflections of his own youth experiences. “To a large extent, autobiographical elements are present in it. An important issue I wanted to stress in the movie was the protagonist’s trip from Lviv to Krakow at the psychological impact it has on him. Another problem was the constantly changing occupation. Once it was Soviet, a moment later: German, and next, Soviet again.”

Majewski himself admits that some of the “delights” of the Polish cinema appear in his film, meaning especially the roles of the teachers. “Marek Kondrat returned to the world of cinema for the sake of an old friendship. He did not, however, stay there for long. Still, this way I was able to get him for a while off the advertising contract he had signed with one of the banks. As for the rest of the actors, it was a joy to work with them. If one knows well the job of acting, like I do, it’s hard to fool him and therefore: fool his audience. The actors I’ve collaborated with know that within a short time I’ll see through their poses and reactions. Hence the challenge: “I need to keep searching for new creations and, first of all, I can’t allow that anyone feels embarrassed because of me”.

The above mentioned elements of the artist’s own past were subsequently confronted with nowadays’ reality: “Obviously, those days weren’t a period when it was the students who would allow putting rubbish bins on their heads. Back then there was more respect inside the schools. I have good memories of my own class. Every time I think of them, they bring me pleasant memories. Nowadays it’s different, but I don’t want to say it’s worse. We were no saints either”.

To the director’s mind, the young actors who starred in the movie undoubtedly deserve recognition. “The boys who played in ‘Baccalaureate 1947’ were brought up in completely different times. These young people approached the job in hand with a lot of enthusiasm. And they found a very good way to do it. Besides… from the very beginning I assumed the every person was able to play the role of him/herself. That’s why I did not hesitate making the decision to hire non-professionals to play the main characters. The youth is always the same, only the circumstances change. I realised they should have problems with playing themselves. And, at the end o the day, it is not a theatrical stage! When making a movie we can afford repeating some takes”.

Janusz Majewski, as an artist, is a prime example who doesn’t need repetitions in his work. Films with his signature have been awarded at prestigious festivals and each new picture is appreciated by the audience. Why should one repeat himself if he’s able to keep going forward?

This film was born of passion: Q&A session with the makers of “Proste pragnienia” (“Simple wishes”)

The audience was joined by the director, Marek Stacharski, the producer, Maciej Kubiak and Aleksandra Nieśpielak who plays the main character.

“This film was born of passion of many people who chose to dedicate to it their time and energy. We’ll be showing the movie to the audience for the first time, it’s a very important moment for us. We’re happy that it’s going to happen in Toruń, because it’s a beautiful city” — with these words the director, Marek Sacharski, introduced the screening of his film on the sixth day of the Tofifest festival.

“Proste pragnienia” is a sad, austere story about the lives of ordinary, humble people who, day by day, struggle to improve their standard of living. Complicated domestic relations, unemployment and numerous other problems cause that the characters are lost and helpless in the face of what they come across.

“‘Proste pragnienia’ is about relationships between people. It’s a story about the need of proximity”, explains Aleksandra Nieśpielak who plays the main protagonist.

The movie wouldn’t have been made without the support from the city of Przemyśl (where the whole story is set). “The script was written with Przemyśl in mind: this town is one of the characters. It’s my hometown, that’s why I chose it. And it’s a story of people we know, people we pass every day on the streets”, the director said.

“Proste pragnienia” is not another colourful hyperexpensive blockbuster, the sort of movies that has recently flooded our cinemas. The charm of this picture is enhanced by the presence of the young characters, played by non-professionals, selected during a casting in Przemyśl.

“I like working with young people who are not professional actors. Working with them is completely different, because they play their roles acting instinctively. It’s great to watch them at the set.”

Tofifest is the first festival to invite the makers of “Proste pragnienia”. Reportedly, the crew is about to carry on with their journey and soon the audiences of other festivals will have an opportunity of seeing the movie. We’re keeping our fingers crossed and wish the crew good luck.