Polish cinema is not afraid of anything! The Tofifest IFF reveals the full selection for the From Poland competition 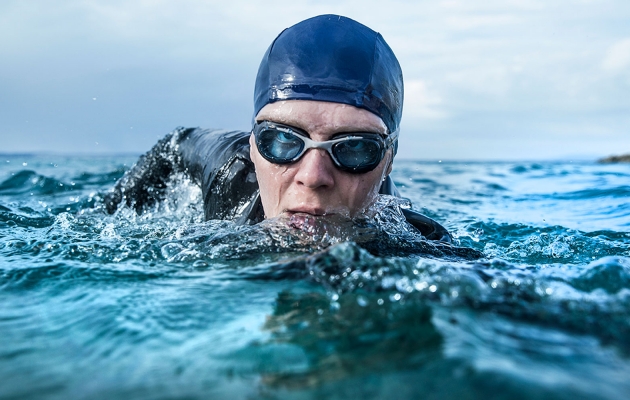 Holland, Kos-Krauze, Zglinski, and Palkowski — these are only some of the names of film-makers, whose films will be featured in the From Poland competition foe full-feature films from Poland. Surely, film-makers from Poland are not afraid to comment on any subject. You will have a chance to see a film about the genocide in Rwanda, the blood and tears of a Double Ironman, or a story about a love affair in a terrifying “Reconciliation” labour camp.

A distinctive feature of the From Poland competition at Tofifest is its equal interest in films that are already quite popular, and in those, which are far from obvious and often unfairly ignored. This year, our selection for the competition also has a certain novelty. The official selection includes the first ever début of an independent film, which was made in Torun — the little homeland of our festival.

Oh, look at Gierszal! He is simply the best!

The list of competitors starts with a film that won the audience award at the Gdynia Film Festival. Jakub Gierszal — already a winner of the Golden Angel and Flisak of Tofifest awards — portrays the main protagonist in “The Fastest” by Lukasz Palkowski. In the film, he plays Jerzy Gorski, a legendary figure in the world of “Iron Man” Triathlon.

One of the films that will certainly be quite popular with the audience is “Birds Are Singing in Kigali”, which a film that Polish cinema enthusiasts have waited 10 years to see. This film project was initially a joint effort of Joanna Kos-Krauze and her husband Krzysztof Krauze, but she completed it only three years after he had died. Birds Are Singing in Kigali is a story that starts with the genocide that happened in Rwanda, in 1994. The main protagonist in the film is an ornithologist from Poland (magnificently portrayed by Jowita Budnik), who saves one of the hunted women, and then takes her to Poland. Many years later, both of them return to Rwanda.

If you expect to see bloody images and cruelty in the film, it is in vain. “The great tragedy is commented in Birds Are Singing in Kigali in a very tactful and discreet manner, thus resisting the temptation to change human tragedy into a mundane kitsch,” wrote film critic Piotr Czerkawski for Filmweb.pl website. The duo of Jowita Budnik and Eliane Umuhire was awarded the Crystal Globe for the Best Leading Character at the Karlovy Vary International Film Festival.

Now, let us go back to Jakub Gierszal for a moment, because you will see in two other films featured in the competition. One of them is “The Reconciliation” by Maciej Sobieszczanski, which won awards at film festivals in Locarno, Montreal, and Gdynia. In the film, Kuba Gierszal portrays one of the man involved in a love story between three people, which takes place in a terrifying communist labour camp named “Reconciliation”, in Swietochlowice. The other is “Spoor” by Agnieszka Holland and Kasia Adamik, in which he plays a young IT specialist. “Spoor”, which is the Polish candidate for Academy Awards in 2018, is a magical film and a reminder that humans are part of nature, which means that by destroying nature we also destroy ourselves. The role of Katarzyna Herman, one of the jurors in this year's edition of Tofifest, is certainly one of the many highlights of the film. The film has won the Silver Bear at Berlinale 2017, and the Golden Lions for the Best Director at the Gdynia Film Festival.

“So far, the best of all festival premières was Wild Roses by Anna Jadowska [...]. The film delivers a feeling that the director has stepped into the unknown and into the future, which is not something you find often in Polish cinema,” wrote Tadeusz Sobolewski, after the screening in Gdynia. In the film, the director discusses the attempts undertaken by a woman in her thirties to rebuild a relationship with her husband, who comes back home after many years spent on a contract in Norway. The film is a well-balanced analysis of the social conservatism and the patriarchal family model that is still a point of reference in Poland.

As for “The Son of Snow Queen” by Robert Wichrowski, the film is set in two intertwining dimensions: a real one, and one that combines a realm of poetry and fairy-tale. The film is a story about a 6-year-old boy, who escapes into the world of fictional characters created by Hans Christian Andersen. The role of the Snow Queen is a display of talent by Michalina Olszanska.

The only comedy included in the selection is “Panic Attack”, although the film falls outside event that category. It is a daring but also quite a bitter story, where nothing is what it seems to be, and everyday life becomes a mad roller-coaster ride. Its director Pawel Maslona commented on the film: “The starting point was a crisis, but also the sensation of loneliness and emotional collapse.” It is worth mentioning that back in 2013 Pawel Maslona won the Golden Angel of Tofifest for his diploma project titled “Magma”, in the Shortcut competition.

“Stars” by Jan Kidawa-Blonski is a story of passion, rivalry, love, and friendship. Jan Banas, acclaimed Silesian football player of the 1960s and 1970s, struggles to makes his dreams come true on and off the field.

This year, the From Poland competition features two films that have been made by independent film-makers: One of them is “Rage” by Michal Wegrzyn, which won an award for the Best Drama at the ÉCU European Independent Film Festival in Paris, and the other is “Republika — Birth of a Legend” by Ryszard Kruk.

In the latter of the two, we witness the largely unknown beginnings of Republika, all the way to the disastrous moment when the band was literally dissolved on an instant, being at the peak of their popularity. The film by Michal Wegrzyn features actress Malgorzata Zajaczkowska, who is one of the jurors of Tofifest 2017.

The Films that are Far from Obvious

This year, the competition dedicated to Polish films will feature a number of films that can be described as being far from obvious, and which were unfairly ignored in mainstream reviews.

The first is “Czuwaj” by Robert Glinski, which is a thriller set in a world of teenagers living in the era of the Internet and social media.

“Photon” by Norman Leto is a form of a summary of the human knowledge about life and evolution, while “Satan Said Dance”, a Polish-Dutch co-production directed by Katarzyna Roslaniec, could be called “a film of the Instagram era”.

“Animals” by Greg Zglinski, a Polish-Swiss-Austrian co-production, has its première at Berlinale. This film is a psychic riddle that makes a clear reference to the style used by David Lynch, as there is no final message waiting for viewers, but rather a “puzzle” composed of existential questions and an incentive to tackle the mystery of life. Let us add that Greg Zglinski is one of the jurors in the On Air competition, during this year's edition of Tofifest.

The winners in the From Poland competition will be announced on 28th October, 2017, during the Closing Ceremony of the 15th edition of the Tofifest International Film Festival.

The From Poland competition for full-feature films from Poland