Will he get an Oscar? Why shouldn’t he? Day 5 at Tofifest 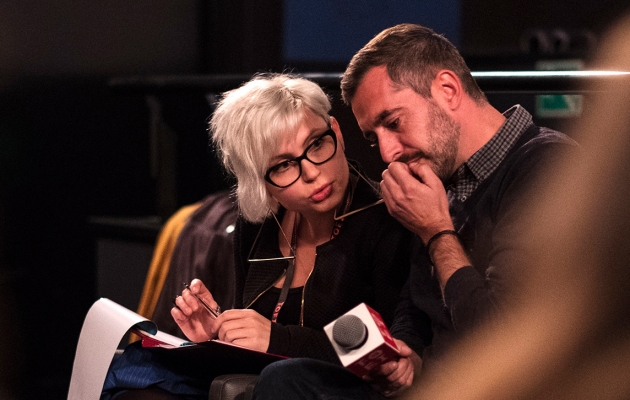 Tofifest 2017 has now reached its halfway point and is quickly rushing towards its climax, which will be the Closing Ceremony on Saturday and the “Music is a woman” concert.

In the meantime, we had some more guests visiting the festival, including Xavier Legrand, whose latest film actually stirred many emotions among the audience. Xavier Legrand is a French actor, who decided to try his hand at the camera. Moreover, he did that on a grand scale, as his début film competing in the On Air competition has already made some fuss.

Will the guy get an Oscar next year? It was surely one of the things that many viewers wondered about, when leaving the auditorium after seeing “Custody” directed by Xavier Legrand. The film discusses the issue of family violence, and although that is nothing new in the world of film, this time the perspective has been significantly altered: we see it as an art of manipulation and devilish psychological oppression. After the screening, Legrand talked to the audience at Tofifest about his work on the film and his personal opinion about domestic violence. Read the report written by Marek Sofij (in Polish).

People care about nothing, they simply live for themselves, said director Michal Wegrzyn, summing up the condition of modern society, during the meeting with the audience that followed the screening of “Rage.” The meeting was an interesting and quality meeting, although it has nothing to do with “rage.” Moderator Szymon Andrzejewski talked to the authors of the film: Michal Wegrzyn, Wojciech Wegrzyn, Tom Qlhead, and actress Malgorzata Zajaczkowska. Anna Gamelska prepared a report on the meeting (in Polish).

Can it be that we have found another female antihero at Tofifest? “Jackie” (the Antihero section) is a film portrayal of Jacqueline Bouvier Kennedy mourning for her husband killed in an assassination. Even if it is actually quite difficult to like the main protagonist in the film, there is certainly something about her that makes us emphatic. At least that is what Lena Paracka wrote in her review (in Polish).

Tofifest offers you films that move, even for breakfast. During the first film breakfast, we presented unique cinema addressed to children, i.e. “Behind the Blue Door” by Mariusz Palej. However, it is not just another nice fairy-tale that children see every day, by all means. The film resembles the epic stories written by Hans Christian Andersen in their original form – it also refers to negative emotions, which helps prepare young people to come face to face with a world full of cruelty. Zuzanna Kuffel has reviewed the film for you (in Polish).