Forget Zimmer and Morricone, it is time for Wendy Carlos, Vivian Kubrick, and Diane Warren! Day 6 at Tofifest 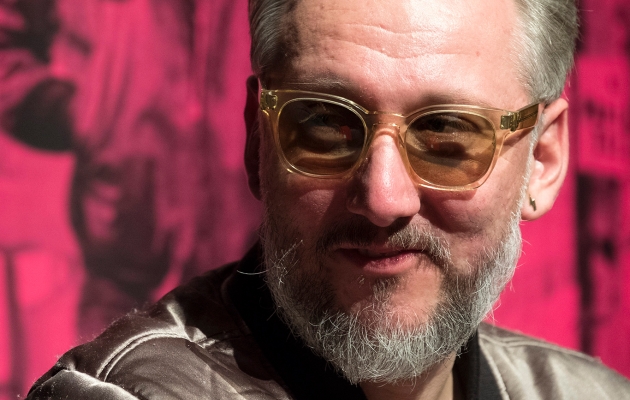 Today, we shall not only give you an insight into meetings with film guests paying a visit to Tofifest, but also take a step into the nearest future, i.e. to the mega-concert that closes the festival tomorrow. “Music is a woman” is a concert aiming at restoring women who compose film music to the place they ought to be. And why is that, you may ask? Keep on reading.

A Unique Concert on Saturday at Tofifest

Forget Zimmer and Morricone, it is time for Wendy Carlos, Vivian Kubrick, and Diane Warren! The “Music is a woman” concert takes place on Saturday, at Tofifest, and there are still tickets available you can buy them here.

If truth were told, speaking about Diane Warren, for example, in the context of a “discovery” is a little naive. She has been nominated for Academy Awards for her songs featured in films, eight times, which definitely qualifies as a success on an international level. Ania Karwan, Paulina Przybysz, Krzysztof Zalewski, and the Astrolabium Chamber Choir will perform between ten and twenty absolute film hits. They will include such gems as “Flashdance… What a Feeling” originally sang by Irene Cary, or “Paper Planes” by M.I.A. You can read a two-part story about the concert written by Jaroslaw Jaworski (in Polish).

One of the most crowded meeting during this year’s edition of the festival was certainly the meeting with Jowita Budnik, who played “half of the main role” in the latest film by Joanna Kos-Krauze, (and the last one made together with her husband Krzysztof Krauze) “Birds are singing in Kigali” (featured in the “From Poland” competition). Why is it only half of the main role? That was, among others, one of the topics discussed during the meeting with the actress, which was attended by Marek Sofij (text in Polish).

Pawel Maslona came to Tofifest to show his “Panic Attack” (featured in the “From Poland” competition). The film is a bitter comedy, which conveys a rather sad message – words are losing their value. People that constitute a society live close to each other, but definitely not with each other. People say a lot, but they are unable to listen what the others have to say. Would that be the end of interpersonal relations? Read the account on the meeting with Pawel Maslona and Bartlomiej Kotschedoff written by Klaudia Nowak, who attended it (in Polish).

The Man with the Magic Box

It may seem that making a science-fiction film is quite a challenge. However, there are daredevils, who possess an extraordinary film imagination and the courage it takes to make futuristic cinema. «The Man with the Magic Box», the latest work by Bodo Kox is a clear proof of that, according to the review written by Dagmara Borkowska and Anna Liczmanska (in Polish).

It is for a reason that the Polish-British animation inspired by the work of Vincent van Gogh is in circulation as a painted film, instead of a film that narrates a story. One cannot look at it separated from the visual layer, as it is (one has to admit) a painting, which is undoubtedly an unprecedented piece of cinema, the first of its kind, writes Agata Burdajewicz in her review (in Polish).