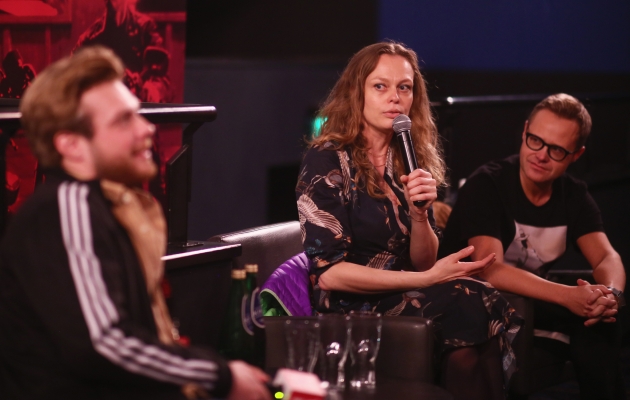 Nic nie ginie / Nothing is Lost, one of the competitors in the From Poland section, is a rare example of truly authentic pieces of work. People always consider fiction to be more appealing and worthy of attention. This film is clear proof that life itself is the source of the most interesting stories about people. Kalina Alabrudzińska, who wrote the script for and directed the film, attended the meeting to talk about a film project to which she dedicated a great heart and a small budget, accompanied by a number of actors, who made their début in the film.

The project was born a couple of years ago. Students of acting at the Lodz Film School participated in the project during the last year of their studies. In addition to writing their diploma project, they were assigned the task of playing a role in a film to demonstrate the skills they mastered throughout the four previous years. For the majority of them, it became their acting début on the big screen. And that was exactly the case for the guests of the meeting. Piotr Pacek and Zuzanna Puławska spoke very warmly about the protagonists their portrayed in the film, while Jan Hrynkiewicz confessed that he had imagined his début appearance on the screen quite differently. However, meeting the film director and participation in the project was a lesson in humbleness for him: I literally learned that I should be minimalistic in my acting and avoid putting on a full show. I trusted Kalina. Zuzia Puławska also commented on the trust she put in her mentor: The biggest portion of my acting technique is the result of working with Kalina – I have not learned this much during all those years at school. The project was definitely a demanding one, but it was also a great adventure and challenge. Any actor, who can trust a film director this much is capable of achieving anything.

The script I had to write was indeed a peculiar one, considering the scope of work that followed. The actors need to have an opportunity to display the skills they have learned, so their roles must be developed in a certain direction, explained the film director. I found the project to be ideal for me. I have no complaints, neither about the work invested in the text itself nor about later working with actors on set. Kalina Alabrudzińska also made a comment about the budget that was available to her. I can make films with little money. What I care about is people and their stories, which do not require a big cinema auditorium, she said without a hint of regret. However, some regrets did surface, when the film was not selected for a competition at the Gdynia Film Festival, and was only presented as a pre-release screening. That lack of appreciation did hurt. We do our best to go to festivals and promote the project abroad. Awards are an important thing, when you are just starting your career. Nonetheless, we consider the project and all the work invested in it very successful, summed up the film director, for who the project was also her début in the category of full-length films.

The cinema première of Nic nie ginie / Nothing is Lost is scheduled for March 2020, and a team from the Lodz Film School is currently working a promotional campaign to support the film. It will be funny and inventive, just as the film itself. 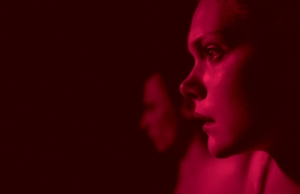 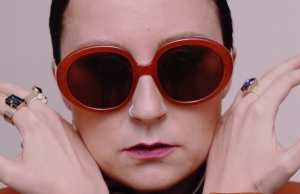