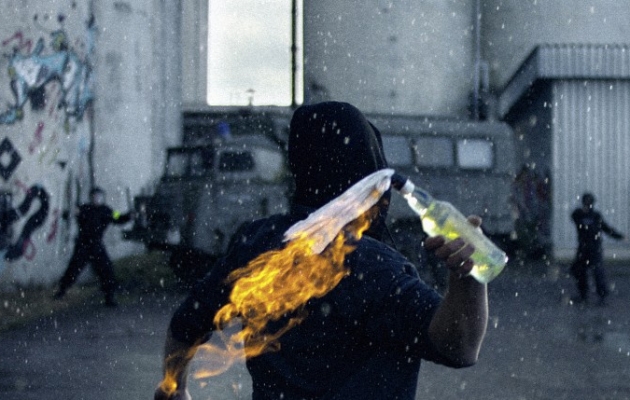 We are in a modern metropolis, full of contrasts. Nouveau riche parents and their hedonistic children seizing the day surrounded by the reality in which anger is welling up and tension reaching the point of explosion. This is the scenery in which we are introduced to Marcin, a young boy, who comes to the city and shortly after that encounters Ola, a little younger than him. The girl is so fascinated with him that she invites him to join her private world, where strong drugs, never-ending parties of the artistic bohemia, and illegal car races reign. But Marcin has come here with a deeply hidden secret and a meticulously crated revenge plan, of which neither his girlfriend nor even the closest family have the slightest clue…

Krzysztof Skonieczny (born in 1983) has studied the history of art at the University of Wrocław and graduated with a distinction from the Faculty of Acting of the Theatre Academy in Warsaw. He is a theatre and film actor, independent director, screenwriter, creator and producer of video clips, performer, and the founder and creator of the głębokiOFF artistic conglomerate, and a co-author of Stanislaw Witkiewicz Association for Creators of Any Form of Art in Warsaw. He is interested in an interdisciplinary approach to art. He is a winner of numerous awards in many different fields of art.