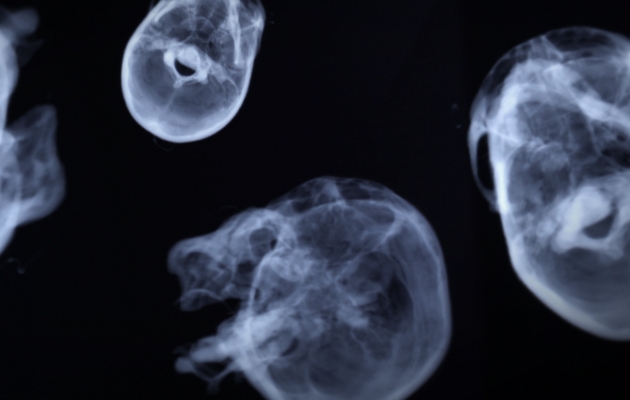 The first of a trilogy, this animated media film embraces novel production and broadcasting methods to embrace a non-narrative, open form. Foreign bodies was created using video light painting and modern medical imaging (CT, MRI, cryosection), generating a mythical landscape of transparent bodies, and instilling a sense of strangeness that our own bodies can sometimes inspire.

Nicolas Brault won the National Film Board of Canada’s Cinéaste recherché(e) contest in 2000. Since then, his films have explored many forms and varied subjects, and have earned him numerous awards in film festivals.