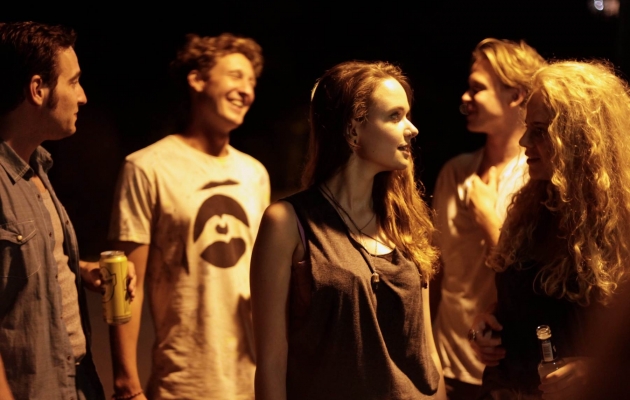 Max (28) returns to his parents home to attend his father’s birthday party, after living in another country for several years. Torn between those two places, he reunites with his childhood friends to spend a night like they used to. The end of the night marks the end of the story, where all of them have to realize they are chasing a feeling that only still exists in their memories.

Jannis Lenz was born in 1983 in Stuttgart. He started working for a production firm as an editor and camera assistant, then he went to Vienna where he studied Theatre-Film and Media Sciences and worked on several film sets and Theatres. Since 2010 Jannis is a directing student at the University for Music and Performing Arts — Filmacademy Vienna.