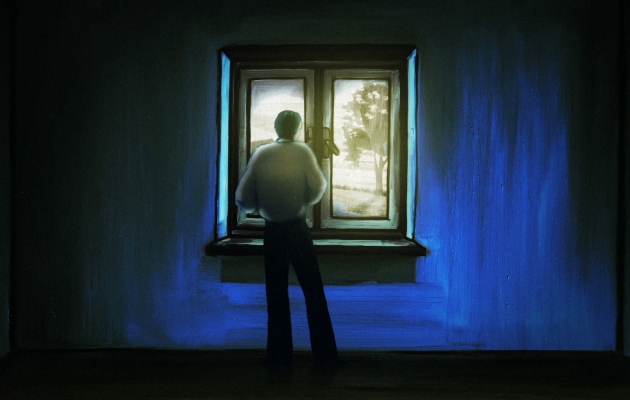 A man wakes up in a blue room. He soon realises that the room is closed and the only connection he has with the world outside is a window, although the reality it shows is somewhat warped. The man sees events from his life reappear and reenact in front of his eyes. This unexpected projection forces him to face his past, as well as his own fears and memories. The film has been made, using stop motion painting technique.

Tomasz Siwinski was born in 1982, in Koszalin. First, he studied photography at the University of Arts in Poznań, and then started education at the Faculty of Painting and simultaneously at the Animated Film Studio (Department of Graphic Design) of the Academy of Fine Arts in Kraków. He is involved in both animated films and painting.