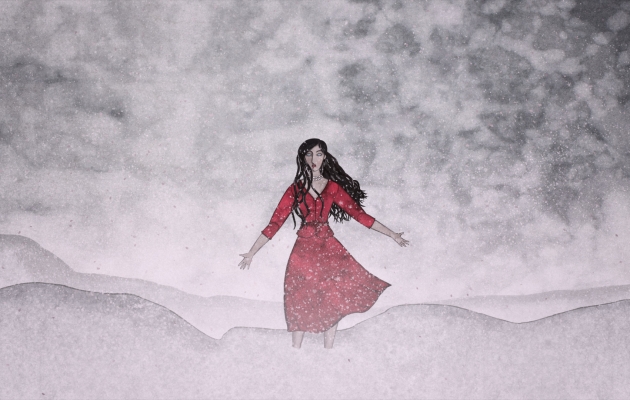 A short film about a woman waiting for her love, about a man who looks for a perfect snowflake in far-away countries and about snow which conceals and melts dreams.

Ivana Šebestová graduated in animated film from the Film and Television Faculty of the Academy of Performing Arts, Bratislava, where she currently teaches. She won twelve domestic and international awards for her début film Four (2007).