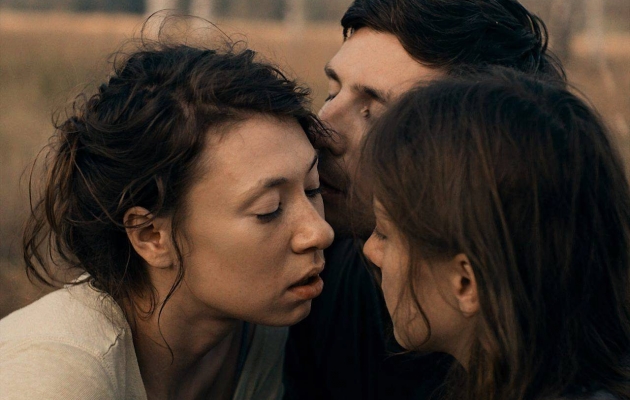 Little Crushes tells a story about three young protagonists looking for love and independence in their lives. Kasia and Asia share a flat and a car, and they have also established a company together: they liquidate flats after recently deceased people. They sell some of the things and trinkets they find at a flea market. Piotr works in a factory that manufactures boxes, but it is only a permanent job. The man lives in the shadow of a recent divorce and struggles with her mother, who is not a model of emotional stability. When the girls offer him to become part of their business duo, he does not hesitate much. The newly born friendship undergoes the test of emotions that are born among the three of them. Tension is growing, but none of them is ready to take another step, as they prefer playing safe. They manage to maintain a fragile balance, but it is impossible to hide one’s emotions for ever — things must explode one day.

Ireneusz Grzyb was born in 1977, in Łódź. He is a director, screenwriter, and editor. He is a graduate from the Faculty of Film Directing (specialty editing) at the Leon Schiller Film School in Łódź. As an editor, he collaborated with many film directors, both on fiction films and documentaries.

Aleksandra Gowin was born in 1986. She is a film director, screenwriter, and editor. She is a graduate from the Faculty of Film Directing (specialty editing) at the Leon Schiller Film School in Łódź. She has won many awards, including the Juliusz Machulski Polish Independent Cinema Award.