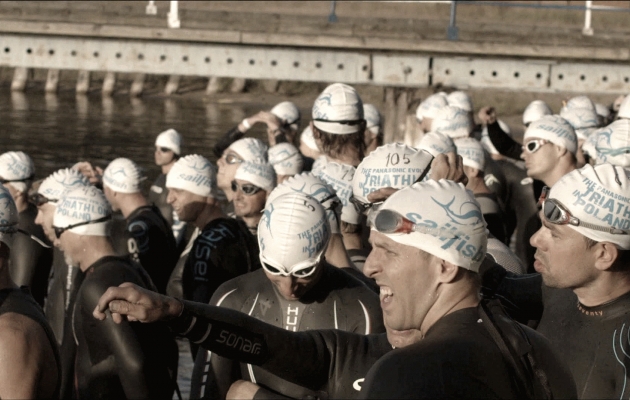 Documentary. The film tells a story of three men, who intend to win the title of “ironman”, during the extreme “Ironman” triathlon championships. Yet again, Krzysztof Nowicki has set his story in Bydgoszcz and as always he is looking for more universal truths, using a story close to his heart. Nowicki presents a portrait of three men, who are struggling to pursue their goal, by fighting their weaknesses.

Krzysztof Nowicki (born in 1980) is a Bydgoszcz-born film director, screenwriter, organiser of film culture. He is an author of independent films and founder of the Stealtheapple and Koloroffon film groups from Bydgoszcz. He has made a number of independent documentary films. The most important of them are Oldest Man in the World, 21, Here was the Cinema, and The Swimming Pool.