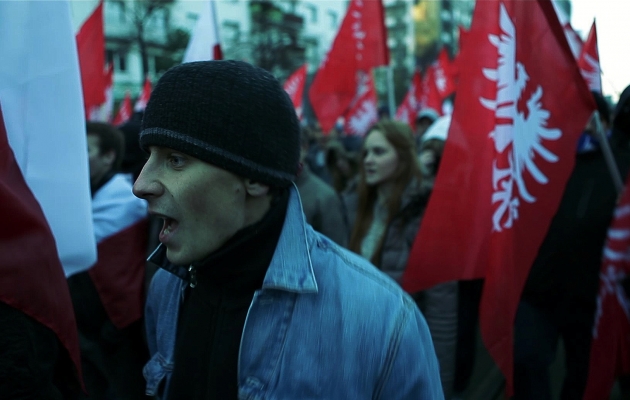 This film was shot during the annual “Independence March” on 11th November 2013. No has ever made such a surprising portrait of the biggest ultra-right rally that has for many years ended in massive riots. Paweł Hejbudzki took a camera and a young actor, who pretended to be one of right-wing activists, and mingled with the matching people. He filmed the behaviour of a “false nationalist” and the people around him, covering almost the entire path of the match...

Paweł Hejbudzki was born in 1980, in Toruń. He is a film director, screenwriter, editor, and film producer. He studied at the Faculty of Directing of the Warsaw Film School. He became famous thanks to the award-winning documentary A State of Mind (2006) that discussed the problems of people, who are in the evening of their lives.