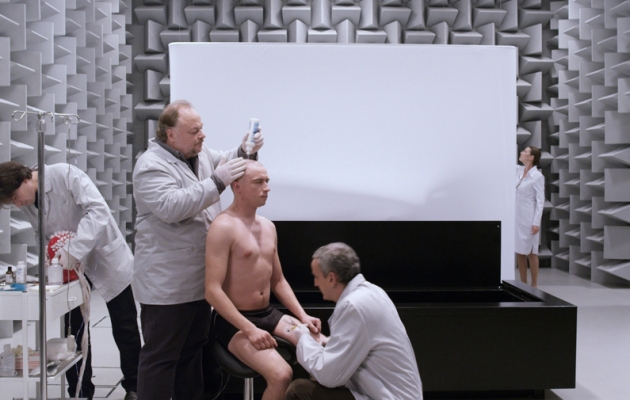 The films made in the Baltic states are virtually unknown in Poland. It is high time we have become familiar with the stories of people living in Latvia, Lithuania, and Estonia. The collection of films from that region is both powerful and diverse.

The Cinema of Latvia

The first full-length film to have ever been made in Latvia was Lāčplēsis by Aleksandris Rusteikis and it dates back to 1913. In 1939, Vilis Lapenieksmade his The Fisherman's Son, which is considered today as one of the classics of the Latvian cinematography. After the Second World War, Latvian cinematography was managed by the National Film Commission in Moscow, similarly as in any other communist states. One of the most famous films from that period of time is A Limousine The Colour Of Midsummer's Eve (Limuzīns Janu nakts Krasa) by Jāņis Streičs (1981), which is a parody of the Soviet system of power.

Since his debut, Juris Podnieks was considered the most significant director of documentary films, which brought him an award for Cradle (1979) at the DOK Leipzig (International Leipzig Festival For Documentary and Animated Film). His later film, Is It Easy to be Young?, gave him international recognition. Other famous film directors from Latvia include: Aivars Freimanis, Rolands Kalnins, and Andris Grinbergs. A number of young film directors have surfaced after 1991 and they have been winning awards at festivals ever since. One of the most talented of them is Signe Baumane, who directed Rocks in My Pockets. Her latest animated film has been nominated as this year’s candidate for Academy Awards from Latvia, in the Best Foreign Language Film category.

The Cinema of Lithuania

The year 1909 marks the birth of the Lithuanian cinema. It was the date when Vladislav Starevich made his first short film, Prie Nemuno. The most important film directors from that period of time were Jurgis Linartas and Vladas Stipaitis, who directed The Soldier Lithuania's Defender (1928) and Onytė ir Jonelis (1931), respectively. The first film of the post-Stalin era was the full-length production Žydrasis horizontas (1957) by Vytautas Mikalauskas. When Lithuania regained its independence in 1990, the Lithuanian cinematography was dominated by animations and documentaries. The most significant film directors of that decade included Vytautas Žalakevičius, who is the author of Tale of a non-turned-off Moon (Žvėris išeinantis is jūros, 1992), and Algimantas Puipa, who won the Award of the Ecumenical Jury at the Nordic Film Days Lübeck and Grand Prix at the Rouen Nordic Film Festival for his A Wolf Teeth Necklace (Vilko dantų karoliai) from 1997. Modern fiction films from Lithuania are first and foremost experimental and auteur films. They are expressive and very visual, interesting in form, and surprising. The most famous Lithuanian film director of our time is Šarunas Bartas. His Eastern Drift, which told the story of a love affair between a Lithuanian gangster and a Russian prostitute, set on the background of mafia conflicts in Moscow, won a great number of awards, including the Silver Crane Award and Grand Prix at the Tallinn Black Nights Festival. Vanishing Waves (2012), a film directed by the duo Kristina Buožytė and Bruno Samper, is a very interesting film proposition to watch. The film received a special mention at the Karlovy Vary IFF in 2012.

The Cinema of Estonia

The first Estonian film production to have ever seen the light of day was a documentary about King Gustaf V of Sweden, who had visited Tallinn (the film was made in 1908). The first short documentary in the history of the Estonian cinema was Karujaht Pärnumaal by Johannes Pääsuke. The year 1924 saw the making of the first full-length film in the history of cinema in Estonia — it was Shadow of the Past by Konstantin Märska. After the death of Josef Stalin, the cinematography of Estonia was under the authority of a central committee in Moscow, just as in all other Communist states. In 1969, Grigori Kromanov made his The Last Relic (Viimne reliikvia), which is the most famous film from that era. Estonian filmmakers were under a heavy influence of the Polish cinema of 1960s. As Mikolaj Goralik pointed out in his article titled Florencja Północy, czyli kilka dni w stolicy Estonii (The Florence of the North or a few days in the capital city of Estonia): “Having been liberated from the Soviet influences, the cinema of Estonia was striving for building its own national identity, by erasing any and all traces of references to the former cultural and political system. Modern films present Estonia as an attractive country of European values or copy patterns from Hollywood, in an effort to establish a universal character that would be understood to foreign audiences.” One of such efforts to establish a genre cinema was Witches’ Loaves (Vőlutari Leivapätsid) by Nele Kirspuu from the Baltic Film and Media School. In recent years, the most recognisable film from Estonia was The Class by Ilmar Raag. It is also worth paying attention to the Estonian-Georgian coproduction Tangerines by Zaza Urushadze. Another film worth watching is Free Range by Veiko Õunpuu, which was awarded at the Venice Film Festival. In 2013, it was nominated as the Estonian candidate for Academy Awards in the Best Foreign Language Film category.

The Baltic states are famous for their excellent animations and documentaries. Such films are very peculiar, as they combine a unique sense of humour and one in a million atmosphere surrounding the depicted events. The cinematographies of Lithuania, Latvia, and Estonia clearly demonstrate how close all the three countries are, in terms of their understanding and evaluating the world.