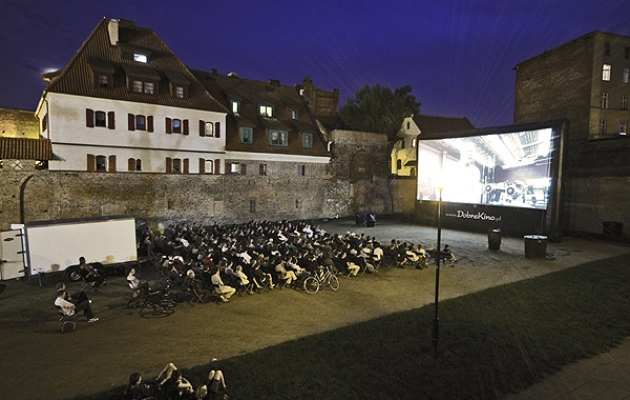 Insolent festival. Insolent cinema. This is what we are looking for, after all everyone has a rebel inside…

Tofifest has got its own, exceptional programme feature . For us, the cinema that we present is the art creatively commenting on reality and being an integral part of it.

This rebellliousness is what has been making Tofifest outstanding from other film festivals in Poland. From the beginning we have sticked to the rule of showing  “rebellious cinema”, which looks for the truth about contemporary man, provokes discussions on difficult social or political problems and all the human issues that cannot be ignored. Such films are mostly presented in ON AIR International Competition, where a picture takes sides in a discussion.

Exceptional artists, going against the grain of certain tendencies or clichés. But also phenomena from the history of cinema, acclaimed cult, loved by many people too ashamed to admit it… These are next territories of Tofifest’s exploration. Discovered, explored, revealed.

However, as a cultural event, the festival is not only its programme, but it is the viewer  that counts the most.  Films are made for people after all.

This year our motto says, “Because everyone has a rebel inside”.

Why? Because it is something that everyone used to have, has right now or will have.