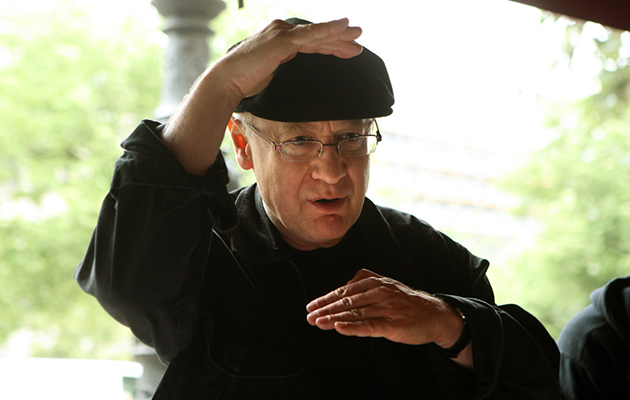 Robert Gliński ― he is a film and theatre director, and screenwriter. He is an academic teacher at the Film and TV Direction Department of the Lodz Film School and Gdynia Film School. He studied architecture at the Warsaw University of Technology (1971–1975), and then film directing at the Lodz Film School (1975–1980). He is one of the co-founders of the Karol Irzykowski Film Studio, which came to life in 1981 and member of the “Kadr” and “Dom” Film Studios. In the years 2008–2012, he was a vice-chancellor of the Lodz Film School. He has made 14 full-feature films and more than 20 television plays. He also worked for dramatic theatres in Warsaw, Poznań, Rzeszów, and Gdynia. His most recognisable feature films include the following: Sunday Pranks, All That Really Matters, Hi, Tereska, and lately Stones for the Rampart. 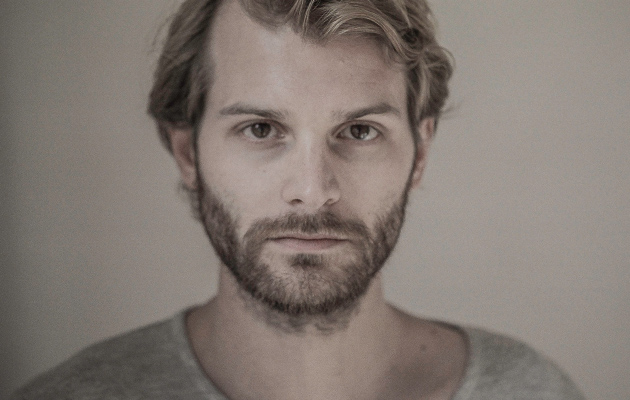 Magnus von Horn was born in 1983 in Göteborg, Sweden. He completed the MA programme of film directing at the Polish National Film School in Lodz. During his studies he made several successful short films including Echo (Sundance Film Festival, 2010) and Without Snow (Locarno Film Festival, 2011). His debut feature film, The Here After, had its world premiere at Directors’ Fortnight in Cannes, 2015. He is currently teaching at the Film School in Lodz and developing his second feature film, Sweat. 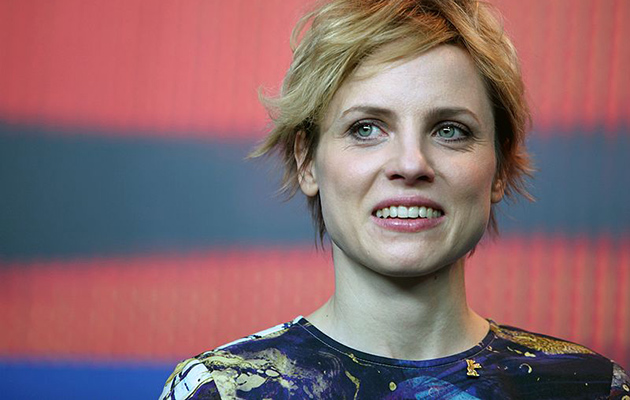 Julia Kijowska was born in 1981, in Lodz. She is one of the most valued actresses of the young generation. In 2005, she graduated from the Aleksander Zelwerowicz National Academy of Dramatic Art in Warsaw. In the years 2006–2012, she worked for the Drama Theatre of Warsaw, and in 2013 joined the team of actors at the Ateneum Theatre in Warsaw. She made her first big screen appearance in 2008, but a breakthrough in her career came with the supporting role in In Darkness (2011), a drama by Agnieszka Holland. She performed in films directed by such notable directors as Jan Jakub Kolski (Venice and The Heart and the Sweetheart), Sławomir Fabicki (Loving), Wojciech Smarzowski (Highway Patrol, The Mighty Angel), Klara Kochańska (Tenants), or Tomasz Wasilewski (United States of Love). In 2018, she played the leading roles in two film productions, i.e. Nina (dir. by Olga Chajdas) and Via Carpatia (dir. by Klara Kochańska and Kasper Bajon). This year, she has received the Zbigniew Cybulski Special Award for film achievements to date. 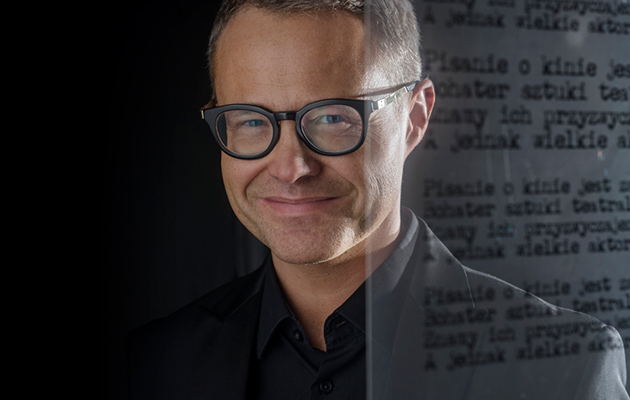 Łukasz Maciejewski ― he is a professional film expert, film and theatre critic, and member of the European Film Academy, the IATC International Association of Theatre Critics, and the International Federation of Film Critics (FIPRESCI). He is the programming director for the Kino na Granicy (Cinema on the Border) Film Festival in the border town of Cieszyn, and for the Grand Prix Komeda Festival in Ostrów Wielkopolski. He is an academic teacher at the Acting Department of the Lodz Film School. He runs the Millennium Cinema at the Centrum Sztuki Mościce (Moscice Centre of Art) in Tarnow. He cooperates on a permanent basis with more than ten magazines, works as a critic and columnist for Onet, a permanent commentator for “Tygodnik Kulturalny” for the TVP Kultura Channel, and he is also the author of the Z fotela Łukasza Maciejewskiego (“From the Seat of Łukasz Maciejewski”) series (a portal of the International Association of Theatre Critics). He is a winner of many awards and journalist distinctions, including, among others, the “Uskrzydlony,” “Dziennikarska Wena,” and “Złota Róża” statuettes for “bringing new quality to film criticism” and the “Art Kciuk 2018” Award for “One-Man-Institution.” In 2017, he published a best-selling book Aktorki. Odkrycia, and a Polish-English album titled Lupa / Maciejewski. The End of the World of Values. 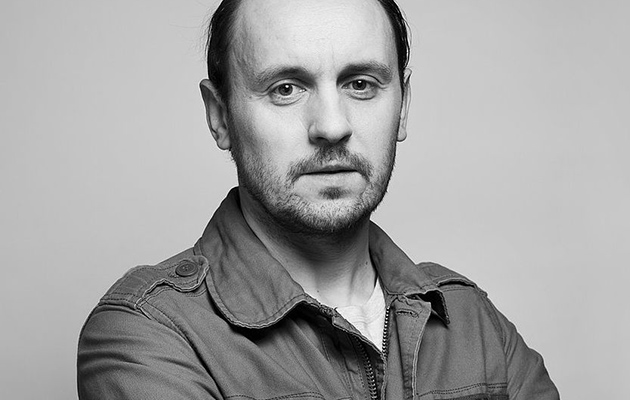 Adam Woronowicz is a theatre and film actor. He was born in 1973, in Białystok. He studied at the Acting Department of the Aleksander Zelwerowicz National Academy of Dramatic Art in Warsaw. In the years 1997–2001, he worked as part of a tram of actors in Teatr Rozmaitości (Variety Theatre) in Warsaw. In 2010, he returned to that theatre and works there to this day. In the meantime, he was a member of a team of actors at the Zygmunt Hubner Powszechny Theatre. His theatre performances have brought him many awards, including, for example, the Aleksander Zelwerowicz Award. Since 1999, he has become a more frequent film actor. He appeared in such film productions Chopin: Desire for Love, The Reverse, The Christening, Loving, All About My Parents, Demon, Man, Chicks Are Just Different, Siberian Exile, The Red Spider, and Chemo. He portrayed Blessed Jerzy Popiełuszko in the film and TV series titled Popieluszko. Freedom Is Within Us, directed by Rafal Wieczyński. In addition, he appeared in the following TV productions: Time of Honor, Krew z krwi, The Pact, and Diagnoza. During this year’s edition of the Gdynia Film Festival, he received an award for the best male character for his performance in The Butler by Filip Bajon. You can also see him in 7 Emotions, the latest film by Marek Koterski. 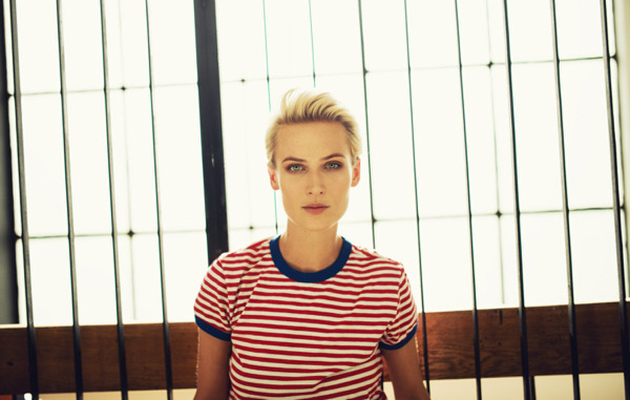 Agnieszka Żulewska was born in 1987, in Ozimek. She is a Polish theatre and film actress. In 2010, she graduated from the Acting Department of the Film School in Lodz. She cooperated with a number of theatres, including the 6th Floor Theatre, the Polish Theatre in Bydgoszcz, and the Zygmunt Hubner Powszechny Theatre. Since the season 2016/2017, she has a full-time employment at Teatr Rozmaitości (Variety Theatre) in Warsaw. Her big screen roles include, among others, In the Name of the Devil by Barbara Sass, Baby Blues by Katarzyna Rosłaniec, and Warsaw by Night by Natalia Koryncka–Gruz. She has become popular among cinema audiences for her roles as Żaneta ― the Bride ― in Demon by Marcin Wrona, and as Lena in Chemo by Bartosz Prokopowicz. The latter of the two gave her the Zbigniew Cybulski Award for a young actor with a strong individuality. Now, we can admire her talent in the five-episode TV series Rojst by Jan Holoubek, and she is featured in a TV series 1983, which will be released this year on Netflix.