Jerzy Stuhr to receive an award for artistic insolence on IFF TOFIFEST! 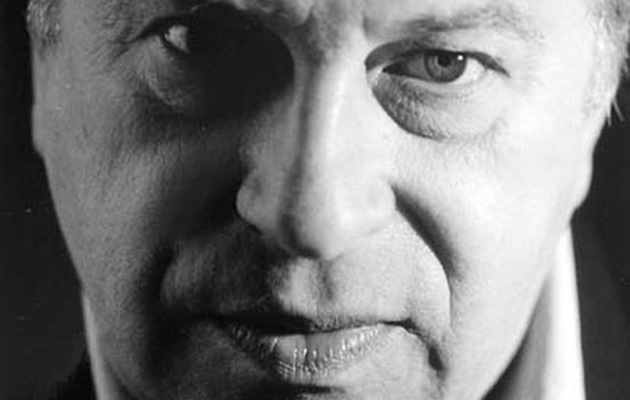 Jerzy Stuhr will receive a Special Golden Angel Award for Artistic Insolence, during this year’s International Film Festival TOFIFEST, which starts on 25th June. Kafka Jaworska, director of the festival, announced the most important elements of the programme of the 9th edition of the festival, at a press conference, on Monday. The programme includes: a retrospective on the Angry Young trend, New Serbian Cinema, films of Jim Sheridan and panorama of Grzegorz Królikiewicz, who will be a special guest at TOFIFEST.

The slogan for this year's edition is “Get infected... with cinema”. The organisers of the Torun festival – that is often referred to as “rebellious” – came up with the idea of letting some positive film viruses, into the culture’s “blood system”. The programme of this year’s festivals includes more than 150 films, which have been selected from over 1,000 entries, sent by 63 countries. The most important festival sections include the following retrospectives: The Cinema of the Future by Grzegorz Królikiewicz and The Green Island of the Irish film master Jim Sheridan, as well as New Serbian Cinema and a retrospective of the British Angry Young trend – the first of this kind in Poland. Prizes will be awarded in three film contests: ON AIR for feature films, SHORTCUT for short forms and FROM POLAND for Polish films. Some of the festival's surprises have been revealed during the press conference, but the festival’s programme contains a few more, according to the director of the TOFIFEST festival.

This year's Special Golden Angel Award for Artistic Insolence – the only award of this kind in Poland – goes to Jerzy Stuhr. It is a master of Polish acting, a versatile artist – unafraid to explore new areas, not only in cinema, but in theatre – who has been consistently forging his own artistic path. He has received two artistic awards at the festival in Gdynia and he is the author of some of the greatest creations in Polish cinematography: in Camera Buff by Krzysztof Kieślowski and Wodzirej by Feliks Falk. In 2008, he was recognised as the “Polish Comedian of the Century”, thanks to the cult character of Maks from Sexmission, by Juliusz Machulski. He has received many awards for his acting and directing – among them there are trophies from IFF in Venice, IFF in Chicago, Golden Lions at PFF in Gdynia, Polish Eagle Awards, IFF in Karlovy Vary or Grand Prix at the “goEast” IFF in Wiesbaden.

The retrospective of the work by Grzegorz Królikiewicz and his guest appearance at TOFIFEST shall constitute the greatest endeavours of Polish film festivals, devoted to that director. Królikiewicz is a director and screenwriter, teacher and tutor of many generations of Polish filmmakers. He has created many film theories. Critics compare him to Andy Warhol or Paul Morrissey. He was a long-time associate of Czesław Niemen. He has received many awards at festivals in Gdynia, Karlovy Vary or Mannheim. While in Torun, Grzegorz Królikiewicz will conduct a master class, meet with festival audiences and open a complete retrospective of his work, during which we will watch, among others, the following: “Through and Through”, “The Dancing Hawk” or “The Case of Pekosinski”. The retrospective will be accompanied by a promotion of a book titled “I Work for the Future”, published by Ha!Art publishing house, which is an extended interview with Grzegorz Królikiewicz.

Phenomena is a unique section of the TOFIFEST Festival. We have already presented Spaghetti Westerns and Camp Cinema (in 2010), as part of that section. This year, the event of the festival will be the first Polish retrospective of the Angry Young – an ephemeral phenomenon of the British cinema, which has completely changed its shape. That literary and cinema trend was born in the 1950s and 1960s. The cinema of the Angry Young showed the true face of England, breaking ties with the traditional means of expression, tradition and history. The goal was to eliminate formulas, expose the duplicity of the system and show the naked and often unpleasant truth about the world. The very first film that made a reference to the demands of the trend was Look Back in Anger (1958) by Tony Richardson, which will be presented in Torun. The retrospective will include other manifestos of the Angry Young trend: The Loneliness of the Long Distance Runner by T. Richardson, Saturday Night and Sunday Morning by K. Reisz, A Kind of Loving and Billy Liar (both by J. Schlesinger), as well as This Sporting Life by L. Anderson.

Polish audiences will also have an opportunity to take a closer look at the figure of Jim Sheridan, a rebellious Irish director, during this year's edition of TOFIFEST. He is the author of the Oscar-winning “My Left Foot” (with Daniel Day-Lewis) and one of the most outstanding authors of the world's cinema. He was nominated for Academy Awards six times, received the Spirit Award, as well as the Goya and Donatello Awards and the Golden Bear, at Berlinale. It was not long, before the director started to be perceived as the person that revived Irish cinema. In his work, Sheridan puts great emphasis on the conflict between Catholics and Protestants in Ulster, as well as the issues related to the IRA. His most prominent films are: “In the Name of the Father”, “The Boxer”, “In America”. His last film to date is an American remake of the Danish drama by Sussanne Bier – “Brothers” – starring Natalie Portman, Jake Gyllenhaal and Toby Maguire. All of the mentioned films will be presented during the retrospective.

TOFIFEST would also like to invite you all to a meeting with Serbian cinematography – the first one in many years. In today’s Europe, Serbia is a country that exists in certain “oblivion”. Pushed back to the peripheries of political and economic life of the continent, after the infamous wars of the 1990s, it became terra incognita to the majority of Europeans. We do not know what Serbian people think, feel and dream about... The look at their cinematography is supposed to provide an insight into the Serbian soul of the first decade of the 20th century. The contemporary Serbian cinema communicates pain, a sense of threat, human confusion and particularly pessimistic landscapes: pictures of poverty, prostitution and degradation. The work of young Serbian artists, presented during TOFIFEST, serves as a bridge, between the time of killing and terror, and the modern times when Serbia is trying to go back to normal life. During the festival in Torun, we will have an opportunity to see, among others, “White, White World” by Oleg Novkovic – the winner of the festivals in Cottbus and Mar de Plata – “Here and There” by Darko Lungulov, starring David Thornton, Mirjan Karanovic and... Cyndi Lauper – this film was the winner at the FF in Tribeca – and “Wait for me and I will not return” by Miroslav Momcilovic (awarded at IFF in Sofia), as well as “Skinning” by Steven Filipovic, a thriller-like story about a contemporary world of Serbian Skinheads, and “Honeymoons” by award-winning Goran Paskaljevic – the film was awarded in Thessaloniki.

All of the mentioned section of the TOFIFEST programme are interconnected by an element of rebellion, protest and looking for a way to tell the truth about people, through films. “This rebellious nature is the ideological backbone of the Festival. It is also the courage to present the work of unconventional authors, still unknown cinematographies, as well as a surprising combining of various essences of cinematography,” says Kafka Jaworska, director of TOFIFEST. She also adds: ”It is precisely that innate and creative unrest we owe the uniqueness of our festival to. We are not a festival product, but a natural hand-made festival, from A to Z.” TOFIFEST is the only Polish festival that focuses on the so-called “rebellious” cinema, which takes a stance towards the discussion about the modern world and man.

The organisers would like to encourage you to keep up with the TOFIFEST Festival on its Facebook profile, festival blog and YouTube, as all this locations contain surprises for cinema admirers that shall be revealed in the coming days.