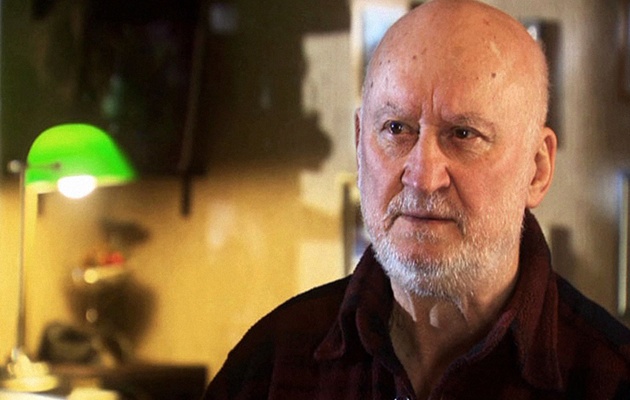 He comes from Aleksandrow Kujawski, which is located near Torun. The motto of his work is the statement: “I work for the future”. The fact that he was born in 1939 makes his films immersed in that unique atmosphere of post-war Poland, which was rebuilt on the foundation of Stalinism. He graduated from the Faculty of Law and Administration at the University of Lodz (1962) and the Film School in Lodz (1969). Before he made his first feature film, he primarily made documentaries and theatre of fact for TV.

He debuted with Through and Through. However, Królikiewicz is, first and foremost, an author of documentaries: Kern is his last production. Since 1976, he was the head of the editorial section of the television Theatre of Fact. In 1981, he was promoted to the position of a research worker at the Film School in Lodz. He also gave lectures at the University of Lodz, Krzysztof Kieślowski Radio and Television Faculty of the University of Silesia in Katowice, as well as in the Melchior Wankowicz Warsaw High School of Journalism. That was the time when he was seriously involved in pedagogy and students’ education. He also wrote many theoretical books and essays about, among others, Luis Buñuel and Federico Fellini. His literary work received much recognition from, among others: Andrzej Wajda, Agnieszka Helman or Jacek Szczerba. Grzegorz Królikiewicz was head of Zespół Filmowy ANEKS (a film group). In the years 2003-2005, he was the artistic director of the New Theatre in Lodz.

In his films, Grzegorz Królikiewicz presents a passionate analysis of problems and his own unique poetics. He is an avant-garde artist, experimentalist, always looking for new means of expression. In reviews of his work, there are frequent opinions that he is effective in touching the nerve and evoking dramatic tension, when looking at his characters, as well as uses anti-realism, refrains from trusting the picture too much, always looking for some other meaning. He is also very effective in reacting to the events that occur in the explosive centres of social life. Callisto Cosulich — one of his reviewers — said that the means of exspression used by Królikiewicz resemble the naturalist methods used by such artists as Andy Warhol and Paul Morrissey, which consist in, first and foremost, a complete freedom of expressing one’s own visions. Another reviewer, Ugo Casiraghi, concluded that Królikiewicz had followed in the footsteps set by Dostoyevsky, Nietzsche or Camus. Królikiewicz penetrates deeply through the dark recesses of the human soul, spies on the human spirit, and carries out a vivisection of human desires — always looking at the world from the existential point of view. His perspective is provocative — as an author of documentaries, Królikiewicz is preoccupied with looking for a good, rich subject. It does not have to be sensational, as men are sensational, in themselves. He also makes feature films, although they are much less in numbers, than documentaries. His feature films include, among others, the following: Through and Through (1972), The Jewel of a Free Conscience (1980), Fort XIII (1983) or Trees (1995).

Grzegorz Królikiewicz has very fond memories of his long-time friendship with Czesław Niemen, which began in 1977. They made the following together: TV shows — Gesta Principium Polonorum and Sentences and Remarks (based on Adam Mickiewicz’s work), a feature film — The Jewel of a Free Conscience and a stage performance, under the title 13 December — 10th Anniversary of the Martial Law. It was staged in 1991 (commemorating the anniversary of the Martial Law in Poland), in the New Theatre in Lodz. As the director put it: Niemen “was a consolation and guide”.

Grzegorz Królikiewicz received numerous awards for his work: thirty times in Poland (among others: Golden Lions in Gdynia) and sixteen times abroad (among others in Mannheim, Chicago, Panama and San Remo). He has made more than forty films.