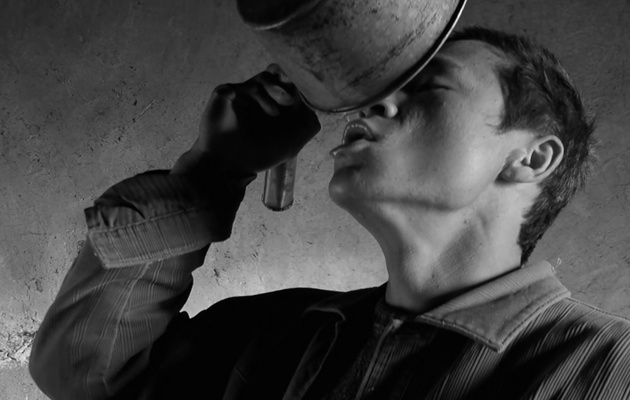 A Siberian village, the Great Wall of China, a Belgian hospital and Serbian factories. These are just some of the places we are going to be invited to by the filmmakers of the Main Competition of the 9th Edition of the IFF Tofifest. Eight films from 10 different countries will take part in the competition. The jury that will evaluate the candidates for the Golden Angel Award will be comprised of, among others, Dagur Kari and film critic Tadeusz Sobolewski.

The Main Competition of the IFF Tofifest – On Air Feature Films Competition – will present eight rebellious films, each of them being a powerful and very individual representative of auteur cinema. As many as five of them will be Polish premieres. Each year, Kafka Jaworska, Director of the Festival, selects films for the competition, according to a certain concept or a pattern, if you will. This year’s Main Competition focuses on chance in our life, on the impact of our decisions on our own life and the lives of others, emphasizing the perversity of fate. In other words, it opens many doors for interpretation, offering the critics and the audiences an opportunity to embark on a magnificent journey into the world of cinema. This is the journey the debuting directors of this year’s Main Competition have promised to take us on.

The films presented in the On Air Competition will be evaluated by a jury, comprised of: Dagur Kari – an Icelandic director, author of “Dark Horse” and “Noi the Albino”; Borys Lankosz – winner of the Golden Lions in Gdynia; Paweł Sala – screenwriter, director and author of Mother Teresa of Cats, awarded at the IFF in Karlovy Vary; Tadeusz Sobolewski – a renowned film critic; and Marta Żmuda-Trzebiatowska – a popular Polish actress.

The most award-winning film to be presented during the On Air Competition is Schastye moe / My Joy, directed by Sergei Loznitsa (a German, Ukraine and Holland co-production). The Russian Guild of Film Critics has recognised the film as the Best Debut of 2010. The film has won Grand Prix at the festivals in Tallin, Minsk and IFF Molodist in Kiev. It was also included in the official competition selection in Cannes. The story about the journey of Gieorgij – a Russian truck driver – who travels throughout the country is quickly transformed into a cruel parable about contemporary Russia. Film critics have emphasized the tragic beauty emerging from the Loznista's film: “It is a film about the terrible and impenetrable riddle of the Russian soul” (ArtCinema) and “My Joy makes us laugh through bloody tears” (film critic of Le Monde).

Serbia is represented by Tilva Roš – a directorial debut of Nikola Lezaic. It is an emotion-stirring story about growing up and feelings, taking place between three teenagers of the “YouTube Generation”, in the industrial city of Bor in Eastern Serbia, shaken by great protests of trade union workers. The film is strikingly sharp and precise in its perspective, sending a faithful and true message, which has won him many awards at the festivals in Sarajevo, Leeuwarden, Gijon, Belfort, Estoril and Moscow.

Another of the films will take us to Northern China, to the contaminated area near the Great Wall of China. Black Blood, a French and Chinese directorial debut of Miaoyan Zhang, tells a story about the practice of blood trading and the terrible AIDS epidemic, in a shockingly direct way, which is rather rare for Chinese filmmakers. It also serves as a poetic parable about people’s stupidity and greed. The film will have its Polish premiere, during the Tofifest Festival.

Siberia. Monamour by Slava (Viacheslav) Ross represents Russia. It is a touching story about life and death on the margins of the Russian society, being equally fierce and merciless in its attack, as a wild dog. The plot is centred within the space of an isolated farm, inhabited by an old man and his grandson. Both of them will have to fight a bloody battle with the forces of nature, just to survive until the beginning of the spring. The film is Ross’ second piece of work and the screening in Torun will mark its Polish premiere.

Farewell Baghdad was an Iranian candidate for Academy Awards. The plot interweaves the paths of life of an American boxer of Polish origins, an Iraqi woman, who runs a small restaurant on the border with Iran, and an Iraqi teacher, who decides to become a Jihad martyr. The film was directed by Mehdi Naderi, a highly-regarded theatre director, and represents Iran. This in yet another film to have its Polish premiere in Torun.

The next film to be presented during the Main Competition is King's Road / Kóngavegur, by Valdís Óskarsdóttir from Iceland. It is a story about Junior, who return to his hometown to solve his numerous problems, after three years of absence. The return turns out to be much different from his expectations, though. The character of Junior is portrayed by Daniel Brühl (“Goodbye Lenin”, “The Edukators” or “Inglorious Basterds”). The film is Oskarsdottir’s second full-length feature. She is a well-known editor, who worked for such films as “Festen”, “Eternal Sunshine of the Spotless Mind” or “Mongol”.

The Dutch and Belgian Adem (Oxygen) by Hans van Nuffel is a surprising story about two brothers who have cystic fibrosis, combining irony and comedy, recognised at many festivals. Despite the terminal disease, both of them try to live their lives to the full – they love, laugh, although the disease is still lurking in the dark. Nuffel is considered as a great hope for the cinematography of Flanders and has won numerous awards for his short films.

The Main Competition has not presented any Polish film, for a long time. This year, Poland is represented by Erratum by Marek Lechki, who has not yet had the chance to present himself to a wider audience. It is one of the most interesting Polish debuts in many years. All the more so, as it comes late and has not yet received the recognition it deserves. The story here is about an attempt to undo the undoable – one's own life.

The 9th edition of the IFF Tofifest will take place in Torun, from 25th June to 1st July 2011. This year’s Special Golden Angle Award for Artistic Insolence will go to, among others, Jerzy Stuhr. Grzegorz Królikiewicz will be another special guest of the festival. During the festival, we will have an opportunity to see the New Serbian Cinema, the British trend of the Angry Young and films of Jim Sheridan.