Jim Sheridan will be a guest of IFF Tofifest 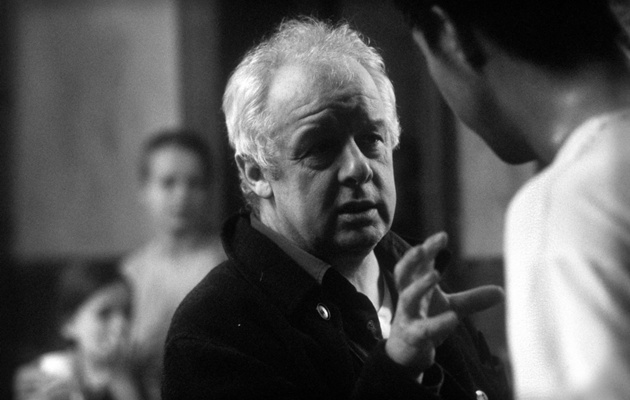 Jim Sheridan, an outstanding Irish director, who has received many nominations for Academy Awards, will be a special guest of the 9th edition of the IFF Tofifest in Torun. The author of “My Left Foot” and “In the Name of the Father” will receive a Special Golden Angel and have his own Masterclass lecture, during the festival in Torun. This visit is accompanied by a review of his most prominent films.

While in Torun, Jim Sheridan will receive a special Golden Angel of Tofifest for the courage to take up tough subjects and remarkable accomplishments in the world’s cinematography. He is, beyond doubt, one of the most outstanding filmmakers in the world. His films have received the total of 16 nominations for Academy Awards, 6 of which have been given to the director himself. Jim Sheridan has also been awarded the Independent Spirit Award, the Goya and Donatello Awards and the Golden Bear, at Berlinale. One can hazard a guess that his films have been far more effective in the attempts to describe the spirit of the Green Island and clarify the conflict that torments Northern Ireland, than all the efforts and actions of politicians, altogether. It was Sheridan, who discovered the phenomenal talent of Daniel Day-Lewis, who won the Oscar for his part in My Left Foot.

Jim Sheridan was born in 1949, in Dublin. He started his career with theatre plays (his father was a theatre director), including... a Czech thread, which was manifested by making Good Soldier Švejk, by Jaroslav Hašek. His cinema debut was My Left Foot (1989) – a powerful debut, indeed. It was not long, before the director started to be perceived as a candidate for the reviving of Irish cinema. His successive films: The Field (1990), with the monumental part of Richard Harris, who was nominated for Academy Awards; Into the West and In the Name of the Father (1993), with another brilliant role of Daniel Day-Lewis. The latter of the above belongs to an extremely significant thread in the work of Jim Sheridan, which is the analysis of the conflict between Catholics and Protestants in Ulster and the role the IRA had in it. This subject has been taken up again, when the director made Some Mother's Son (1996, co-directed with Terry George), The Boxer (1997) and in Bloody Sunday, by Paul Greengrass (2002; Sheridan was the producer of the film).

The moving and settling in the USA inspired Sheridan to make a very personal film – In America (2003). It told a story about illegal Irish immigrants, who lived in America. Once in America, Jim Sheridan’s artistic path brought him to cooperating with the biggest of stars. In 2005, Sheridan filmed a biography of 50 Cent – one of the most popular rappers of the world – in Get Rich or Die Tryin'. The year 2009 saw the making of Brothers, starring Toby Maguire, Natalie Portman and Jake Gyllenhal. It is worth mentioning that a song that accompanies the film was written by Bono of U2, who had previously agreed to use the notorious "Pride: In the Name of Love" in In the Name of the Father. Jim Sheridan is currently working on a thriller Dream House. This time around, it will star Rachel Weisz and Daniel Craig.

As part of the retrospective of Jim Sheridan’s work at the TOFIFEST Festival, the audiences will have the opportunity to see all his most prominent films.

Sheridan will be one of the special guests of Tofifest, including Jerzy Stuhr, Dagur Kari and Grzegorz Królikiewicz. The Tofifest Festival will offer the opportunity to meet and take part in discussions with Robert Więckiewicz, Magdalena Boczarska, Krzysztof Zanussi, Lech Majewski, Mehdi Naderi and many other filmmakers.

Jim Sheridan will conduct his own Masterclass, during the festival. Admission is free, although people with tickets for Sheridan’s films, festival passes or sets are admitted first.

MASTERCLASS: Jim Sheridan
“From Scriptwriting to Film Directing. Personal experiences with writing scripts and film directing: My Left Foot, In the Name of the Father, In America”