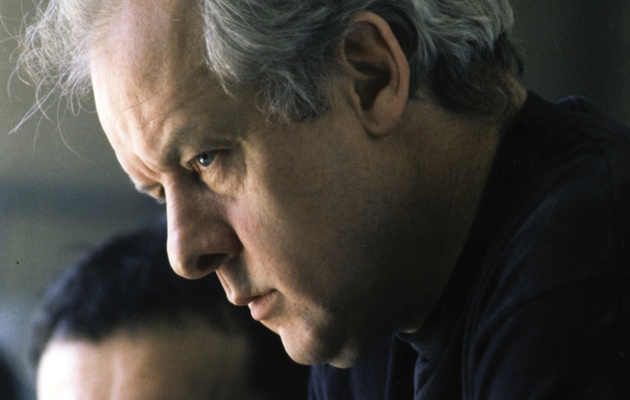 On Thursday, June 30th the festival will be visited by Jim Sheridan. The movies of this Irish cinematic master have received a total of 16 Oscar nominations; Sheridan himself has been nominated six times. The screens of the Tofifest will host more great films. Among today’s meetings ones that seem the most interesting are the masterclasses by Jim Sheridan and Grzegorz Królikiewicz.

Thanks to the Tofifest, Polish Viewers will be able to get to know the work of a rebellious Irish director, Jim Sheridan. The author of the Oscar-winning “My left foot” starring Daniel Day-Lewis is one of the most illustrious artists of international cinema. He’s been nominated for Oscars six times, he’s won the Independent Spirit Award, the Goya and Donatello Awards and a Golden Bear at the Berlinale. Jim Sheridan’s masterclass will take place after the screening of “Moja lewa stopa / My left foot”. The subject of the meeting will be “From scriptwriting to film directing. Individual experience of scriptwriting and film direction: My left foot, I the name of the father, In America”.

Grzegorz Królikiewicz, another of the Tofifest 2011 special guests, is a director, a scriptwriter and a professor for generations of Polish filmmakers. He’s a creator of experimental film concepts. He’s compared by some of the critics to Andy Warhol or Paul Morissey. For many years he cooperated with Czesław Niemen. He’s won awards in Gdynia, Karlovy Vary and Mannheim. This unique artist, as it seems, is despite all that still underestimated in Poland. This might be because his work is never obvious: it’s multidimensional, expressing a continuous search for a new, individual language in feature films, TV materials and documentaries; the kind of language Tofifest has always appreciated and popularised. Królikiewicz has only made eight feature films, but each of them is an acclaimed and admired one. He is a pioneer of the cinematic language. He created the concept of “film space outside the display frame” within which we’re going to find all, or at east the majority, of the formal solutions applied by the director in his films. Królikiewicz’s masterclass, entitled “My cinema of the future: what’s outside the frame” will take place after the screening of “Wieczne pretensje” (“Never ending grudge”).

We’ll also be able to take part in the meeting with the makers of “Cekaj me, ja sigurno necu doci / Wait for Me and I Will Not Come” presented within the panorama of Young Serbian Cinema, as well as in the q&a meetings with the creator of “Proste pragnienia” (“Simple wishes”, shown in the From Poland competition), Marek Stacharski (director), Aleksandra Nieśpielak and Marek Kubiak (producer) and Ryszard Kotys, actor starring in Marek Lechki’s “Erratum” (Main competition On Air). The day will be concluded by a discussion with the participation of Janusz Majewski, the creator of “Mała matura” (“The baccalaureate”, From Poland competition).

There’s a wide choice of films on the screens of the Tofifest. In the main competition, two pictures: one from Iran, one from Poland. A Chinese-French debut of the director Miaoyan Zhang, “Black blood” takes us on a journey to northern China, close to the biologically contaminated area near the Great Wall. “Black blood” is a shockingly direct movie for Chinese cinema standards, showing us the backstage of blood traffic and the rampage of the AIDS epidemic. It’s also a poetic allegory of human stupidity and avarice. Its screening at the Tofifest is the Polish premiere of this movie.

For a long time there were no Polish movies in the competition. This year, Poland is being represented by “Erratum”, a film by Marek Lechki, until recently unknown to a wider audience. It’s one of the most interesting Polish debuts of recent years, especially taking into consideration that it’s a late debut and, it has to be said, no valued enough. It’s a story about an intent to reverse the irreversible: one’s own life until a certain point.

Within the Young Rebels section, we’re about to see “Saturday night and Sunday morning / Z soboty na niedzielę” by Karol Reisz. The young rebels’ cinema showed the true face of England, leaving aside the traditional means of expression and breaking up with history and tradition. The artists within that current gave up perfectionism in editing and acting. They went for spontaneous work with the camera and instead of professional actors they often employed amateurs. Their aim was to turn the usual patterns upside down, to denounce the duplicity of the system, and reveal the naked, often unpleasant, truth about the world.

In the Shortcut competition we’ll about to see more sets of films; among others: “Triumph of the Wild”, “Beredtes Schweigen / Eloquent Silence”, “Leave not a cloud behind” or “Deux Inconnus / The Strange Ones”.

“Cekaj me, ja sigurno necu doci / Wait for Me and I Will Not Come” by Miroslav Momčilović is undoubtedly worthwhile. It’s presented within the panorama of Young Serbian Cinema. The film tells a story about the feelings of some inhabitants of a one of the Serbian cities that cross interweave with each other.

Within the panorama of Young Lithuanian Cinema it is undoubtedly worthwhile to see “Anarchy in Žirmunai”. Among the presented Lithuanian films, the spirit of this film is the closest to the one of Tofifest which is called a rebellious and defiant festival. It is also a directing debut of Saulius Drunga. It’s anarchic cinema which combines the threads of teen rebellion, homosexual desire between two girls and a search for

one’s place in the world. The movie is presented this year at the prestigious Moscow Film Festiwal. The script for “Anarchy in Žirmūnai“ won the New Talent Award at the 2007 Cannes festival, and the movie itself received the Best Debut of The Year award of the Lithuanian Ministry of Culture.

At night we invite everybody to FestClub ENERDE. This time BIG FAT MAMA will play.