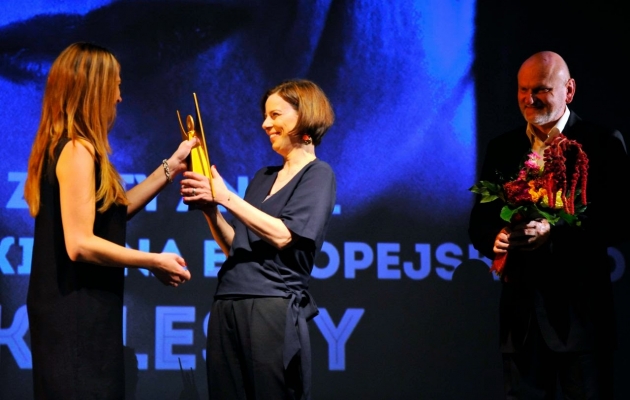 Web Therapy, a new comedy series is going to be released on the player.pl website, in autumn. The series has been produced specifically for that website. It will be the first internet series with Agata Kulesza in the main role! We will see this cinema, theatre, and TV star in an entirely new role – as a psychotherapist Dr. Lucyna Kole-Bojarska, who will be helping their patients by providing an on-line therapy.

Is there any form of effective therapy, in the era of the ubiquitous Internet, chronic lack of time, and existential troubles that never seem to cease? The on-line one, by all means! The psychotherapist Dr. Lucyna Kole-Bojarska decides to abandon the conventional meetings with clients that take too much time, and change them into short video sessions via an Internet communicator. Her virtual office will play host to an entire gallery of unique characters with various problems. The doctor herself will also reveal to have them.

Web Therapy is a new series produced specifically for the player.pl website and it is an adaptation of the immensely popular web series from the USA, under the same title, featuring Lisa Kudrow in the main role. In the version produced for player.pl, Agata Kulesza plays a slightly big-headed psychotherapist, who has to deal with often unruly patients – in that role, Kulesza's comedy capabilities surface to an enormous extent. Ten episodes of the series will be available on the player.pl platform, in autumn.