Cobain, Hendrix, and a dark Club. The films of the Club 27 Phenomena section, part 1 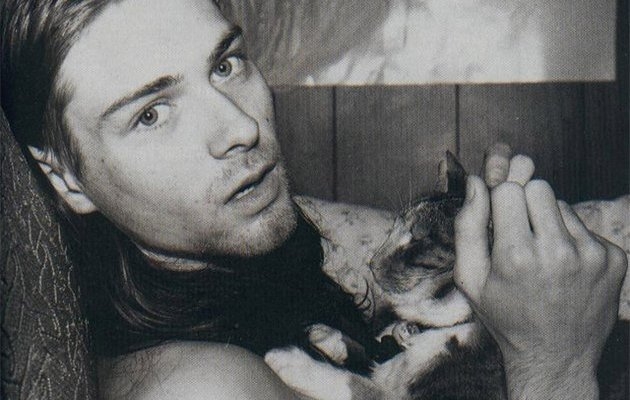 It is no coincidence that we see Jimmy Hendrix on the official poster for the 13th edition of the Tofifest IFF. After all, he is one of the "members" of the notorious "Club 27" – a tragic creation of mass culture and conspiracy theories, manufactured by obsessed fans. This year, we have decided to make this phenomenon and its influence on international cinema the leading topic of the Tofifest Phenomena section. Today, we will bring you closer to the four films featured in this section.

The term "Club 27" was coined in 1994, following the premature and tragic death of Nirvana's front man, Kurt Cobain. However, one has to go back to the 1960s and 1970s to find the roots of that conspiracy theory. The list of artists, who died at 27, includes such big and popular names of the time, as Janis Joplin, Jimi Hendrix, Jim Morrison from The Doors, Brian Jones from the Rolling Stones, Alan Wilson from Canned Heat, or Ron "Pigpen" McKernan, founder of the Grateful Dead. The excellent painter Jean-Michel Basquiat and actor Jonathan Brandis were another two artists to die being only 27. Some claim that Heath Ledger and Amy Winehouse should also be included in the Club, thus hinting at the possibility that the Club is still there, instead of being just a one-time phenomenon.

"Club 27" has become a source of inspiration for great many filmmakers. Here are the four successive films to be shown in the Phenomena section:

Kurt Cobain: montage of heck, directed by Brett Morgen
Trailer
Kurt Cobain: montage of heck is the first story of the leader of Nirvana told at this level of complexity. The life of Kurt Cobain presented in the film is comprised of absolutely unique archive material, drawings, snippets of conversations, and opinions expressed by family members and friends of the artist. Director Brett Morgen follows the life of this rock legend from his childhood, through the course of his music career, until his tragic death. The film features guest appearances of Courtney Love or Dave Grohl, among others.

Last Days, directed by Gus van Sant
Trailer
Last Days, a docudrama focused on the last days in the life of Kurt Cobain, brought director Gus van Sant a nomination for the Palme d'Or Award. Blake, protagonist in the film, is a rock musician at the peak of his career, just as the leader of Nirvana was back in the day. And just as Kurt Cobain, Blake must face the problems typical for an artist isolated from the society: loneliness, addiction, and looking for his own "self". The film is a documentary record of moments, which aspires to reconstruct real events, but a loosely-woven story inspired by the life of a legendary musician. Kurt Cobain is portrayed by the charismatic Michael Pitt, who the audience can remember, among others, from the Boardwalk Empire series by Martin Scorsese.

The 27 Club, directed by Erica Dunton
Trailer
The 27 Club is an attempt to offer a broader outline of and explain the circle of iconic figures in the world of music, undoubtedly a phenomenon of mass culture, who passed away at 27. This includes Jimi Hendrix, Janis Joplin, and Robert Johnson… to name just a few. The story of Elliot, a musician in a rock band, who witnesses the death of his best friend, becomes a tool in the hands of Erika Dunton to demonstrate that "27" is much more, than just a number. It becomes a peculiar lifeline of a life, which is often tantamount to a struggle for many highly sensitive people – they struggle with destructive loneliness, lack of understanding, and addictions.

Jimi Hendrix: the guitar hero, directed by Jon Brewer
Trailer
The film by Join Brewer is a form of homage paid to one of the most extraordinary guitarists in world history. Jimi Hendrix has gone down in history as both a virtuoso and an eccentric personality, who was a source of many legends. The film by Brewer is comprised of snippets from gigs and interviews featuring a number of prominent figures from the world of music, such as Dave Mason, Eric Clapton, or Paul Rodgers, to name just a few. The film is narrated by Saul Hudson, who goes by his much more popular nickname Slash.