Demon and others. FROM POLAND Competition at Tofifest 2015 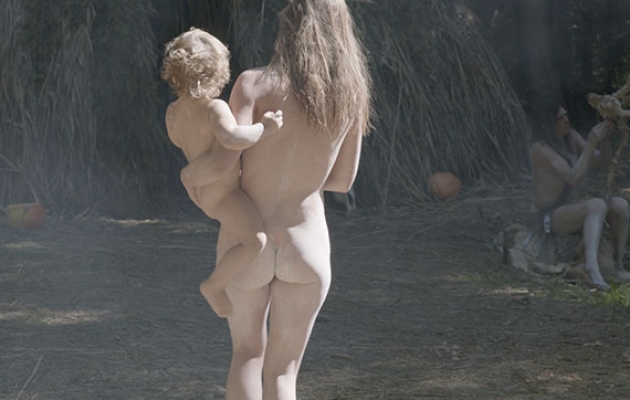 Out of competition we'll display Demon, directed by Marcin Wrona. This young, Polish director died by suicide a monbth ago, during Polish Film Festival in Gdynia.

Every year, the competition dedicated exclusively to Polish films is highly anticipated by the audience, all the more so as it is possible to meet almost all authors of the films featured in the competition, during Tofifest. As for this year, FROM POLAND focuses on powerful auteur cinema. The only exception to this trend is the spectacular Karbala.

Walpurgis Night by Marcin Bortkiewicz has won the Golden Clapper Award and the Young Jury Award at this year's Gdynia Film Festival. In his film, the director used the old German myth of a coven, i.e. a night gathering of witches, which was believed to take place every year, between 30th April and 1st of May. For that reason, the "night" presented in the film takes place on 30th April 1969, at a Swiss opera house, shortly after the end of the Turandot opera by Giacomo Puccini. That is the setting to a very peculiar meeting between an opera singer and a young journalist, who has come to interview to woman. The excellent black and white cinematography by Andrzej Wojciechowski and the brilliant performance by Malgorzata Zajaczkowska create a subtle atmosphere taken directly for a smoky pub from a pre-war era, full of secrets and understatements. There will be a meeting with Malgorzata Zajaczkowska, after the screening of the film.

The Polish competition at Tofifest will present two full-feature documentaries, for the first time in its history. One of the featured discoveries is Actress directed by Kinga Debska and Maria Konwicka. It is a biographical documentary about Elzbieta Czyzewska a.k.a. the Polish Marylin Monroe, and icon of the 1960s, who died in 2010. The accounts given by people close to her reveal details about the life and nature of the actress: she was an ambiguous person, extremely intelligent and ambitious, warm-hearted, sociable, albeit being quarrelsome, and very lonely. There will be a meeting with Kinga Debska and Maria Konwicka after the screening. The other of the documentaries is (Dis)apperance by Magdalena Lazarkiewicz. The film is a touching portrait of film director Piotr Lazarkiewicz, husband of the author of the documentary, who died before his time. Using many various interviews and archive footage, Magdalena Lazarkiewicz (known for White Marriage) has created a portrait of an uncompromising artist, who was a visionary and an individualist.

There will be one more jewel to be presented at Tofifest, i.e. Raging Rose, directed by Julia Kowalski – a French film director and screenwriter of Polish origin. In her full-feature debut, the director tells a story about Jozef, a man in his fifties, who arrives in France to look for his son, who he had abandoned fifteen years earlier. The role of Jozef is played by Andrzej Chyra, who never ceases to surprise us with his film impersonations. The film was presented at Cannes 2015.

The next two films are going to take us to the world of comedy. The first is King of Life, which is a directing debut by famous Polish cinematographer Jerzy Zielinski. It is a story about Edward, a bitter man, who one day has a very dangerous accident. As a result of a chain of events, he decides to abandon his current way of life and re-establish bonds with his family and the world around him. The film is complemented with the original music by Karim Matusewicz and excellent cast – the film features performances by Robert Wieckiewicz, Magdalena Poplawska, Bartlomiej Topa, or Jerzy Trela. Following the film, there will be a meeting with Robert Wieckiewicz. Panie Dulskie by Filip Bajon is a compelling story about the spiritual state of the middle class, told with emotional depth. In the film, the director presents the different faces of living according to double standards and hypocrisy (in Polish referred to as "dulszczyzna"), which, back in 1914, meant "keeping a stiff upper lip against all odds and pretending that everything is fine, in order to prevent an accidental scandal". The film features performances by Katarzyna Figura, Olgierd Lukaszewicz, or Mateusz Kosciukiewicz. The audience will have an opportunity to meet with Katarzyna Figura at the festival.

The FROM POLAND competition will also include two films teetering on the thin line of being an experiment, created by curators and creators of modern art. One of them is a winner of 'Think: Film Award' at Berlinale 2015, Performer, by Michal Sobieszczanski and Lukasz Ronduda – a truly unique piece of cinema. It is a story by director Oskar Dawicki, one of the greatest modern artists in Poland, who tries to capture the borderline between reality and acting, neutrality and performance. The film has an additional 'flavour' to offer to the audience of Tofifest, as Oskar has a strong bond with Torun, where he has graduated from the Faculty of Fine Arts at the Nicolaus Copernicus University. The director is one of the guests to the festival. The other experimental film is Walser, directed by Zbigniew Libera, one of the most interesting Polish artists of the time. It is a story about the Conteheli -- a mysterious tribe living deep in a forest -- that looks like the fulfilment of a hippie fantasy about a return to nature or a Slavic version of the characters from Avatar. Unfortunately, the perfect world of forest people is invaded by civilisation, which takes the form of an officer working for a railway company, Andrzej Walser (played brilliantly by Krzysztof Stroinski). There will be a meeting with the director, after the screening of the film.

The only exception to artistic and intimate face of the FROM POLAND competition is definitely its last film, Karbala, directed by Krzysztof Lukasiewicz (author of Viva Belarus! and Lynch). It is a story about a four-day battle that was fought in April 2004, in Iraq, by Polish and Bulgarian soldiers. There will be a meeting with the audience of Tofifest, following the screening of the film.

And last but not least, Carte Blanche by Jacek Lusinski, and Body Malgorzata Szumowska, winner of the Golden Angel of Tofifest, are also included in the competition.

Demon, directed by Marcin Wrona, who has died tragically this year, was considered an eye-opener at this year's Gdynia Film Festival, combining grotesque, thriller, and horror. It is a story of a young boy possessed by a dybbuk, which takes us on a journey to the world of Jewish mysticism common to people living in the former area of Polish Kresy. 'To me, the most important aspect is a story about spiritualism, which is becoming less and less accessible to people living in the world of today,' said the director shortly before his untimely death. One can certainly look atDemon, as the last artistic message of the author of The Christening and My Flesh and Blood. The director of Tofifest, Kafka Jaworska, has decided that there will be no meeting following the screening of the film.