It is not Scandinavian cinema! The Finns regain independence 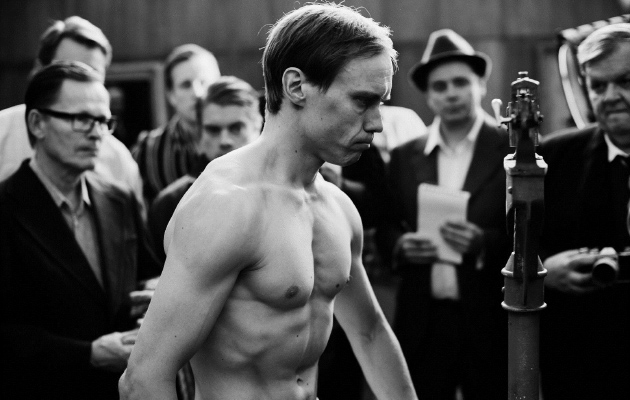 It has surely been a long and tough struggle, but it is successfully over. It was precisely 100 years ago, when the Finnish people regained their independence, as a country. It is obviously a reason to celebrate. Tofifest has also decided to have its part in the celebrating of that round 100th anniversary, because we have rooted for Finland for quite some time now. “We have never agreed to paint the work of Finnish film-makers with the same brush and simply call it Scandinavian cinema,” says Kafka Jaworska, director of the festival.

We will beat the jumpers!

Thanks to the “100x Finland” film section, which has been created in cooperation with The Finnish Film Foundation, you will see that there is more to Finland than only the brilliant Aki Kaurismäki, ski jumping, and a beverage of worldwide fame. It is first and foremost a kind of cinema that is full of passionate stories about love conquering death, about war filmed so spectacularly that it is equal in quality to film productions from Hollywood, about boxing that can be as absorbing as the one shown in “Rocky”, or rebellion with and without a purpose. Together, we will discover the most interesting film work of Finnish film-makers: from the masterpieces of Aki Kaurismäki, through promising débuts, and all the way to the legendary “The Unknown Soldier” and other cult films that triumphed and won the “Finnish Oscars”, i.e. the Jussi Awards established in 1944. From the worldwide perspective, Finland is generally familiarised with Lahti and Kuusamo, as both names are in constant circulation, during live coverages from ski jumping competitions. “Tofifest will prove that in Finland cinema is just equally popular as ski jumping, if not more popular,” assures Kafka Jaworska.

“Raging Bull” in the Finnish way

The following films will have their premières this year, in Torun: Star Boys, which is a famous début of cinematographer and documentary director Visa Koisio-Kantiba, and They Have Escaped, a compelling and unconventional story about teenage angst, directed by J.P. Valkeapää. In this section, you will also see the Finnish candidate for Academy Awards in 2018 – Tom of Finland, which is the latest film by Dome Karukoski, author of “Lapland Odyssey”, which was quite popular in Poland, and the bedazzling The Happiest Day in the Life of Olli Mäki, a début film by Juho Kuosmanen, referred to in the media as a “Finnish Raging Bull” – the film was awarded in Cannes and voted a film Discovery of the Year during the 29th European Film Awards in 2016. The film has won the total of eight “Finnish Oscars”!

The European Refugee Crisis and the Soviet Union

During this year’s edition of Tofifest, you will also have a chance to see the latest film by the master of Finnish cinema, Aki Kaurismäki, The Other Side of Hope. It is the first film to address the European refugee crisis, although it has nothing to do with politics, instead keeping a distance and adding a pinch of salt. The film has won a Silver Bear at Berlinale, this year, and it is already considered to be one of the most significant films to have come from Finland. Who knows, it may one day become a classic, as it was the case with “The Unknown Soldier”, made in 1955 by Edvin Laine. The latter will have a special screening at Tofifest.

The film portrays the so-called Continuation War (in Finnish: jatkosota) fought between Finland and the Soviet Union in the years 1941-1944, which remains largely unknown in Poland. Instead of presenting “glorious history”, the film discusses the experiences of regular soldiers, their dilemmas, doubts, and longing. “Although it has been 60 years since its première, the film presents dilemmas that are still relevant today – it is certainly a must-see film!,” encourages Kafka Jaworska.

Honorary consul of the Republic of Finland in Torun has taken the honorary patronage over the “100x Finland” film section. The 15th edition of the “rebellious” Tofifest International Film Festival will take place from 21st October to 29th October, 2017, in Torun.