On Air or the Festival Elite. The Tofifest International Film Festival reveals the selection for the main competition! 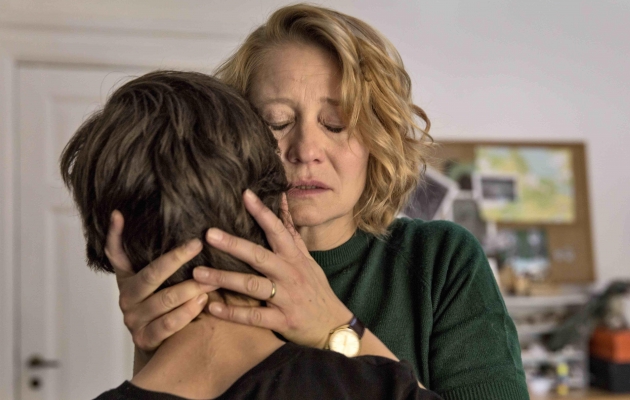 From merciless religious laws, through animated Tehran, all the way to an American shop clerk, who wants to become a rapper: the range of topics discussed in the selected films is nothing short of impressive. There will be 11 films representing as many as 14 different countries competing to wing the Golden Angel of Tofifest 2017. As many as eight of the films their Polish premières in Torun. The jury in that competition will be composed, among others, of Katarzyna Herman and Olga Boladz.

Let us start from the seven-member Jury that will evaluate the quality of the candidates competing for the main awards of Tofifest 2017.

The jury will be composed of three talented actresses: Katarzyna Herman is famous for her theatre and film roles, as well as outstanding performances in films made by Tomasz Wasilewski, Marcin Wrona, or Agnieszka Smoczynska. Olga Boladz is a winner of the Flisak of Tofifest Award, who has gained popularity with films made by Patryk Vega and Jan Jakub Kolski. Aistė Diržiūtė is the first Lithuanian actress to have received the title of the European Shooting Star, at Berlinale. The film critic section in the Jury is represented by Anita Piotrowska, member of FIPRESCI and winner of an award given by the Polish Film Institute – she works in “Tygodnik Powszechny” (The Catholic Weekly).

The Jury also includes two film directors: one of them is Icelandic film-maker Grimur Hákonarson, the winner of Tofifest 2015 with his film “Rams / Hrutar”, and Greg Zglinski, who has directed such films as “A Long Winter without Fire” and “Courage”. And last but not least, there will also be Tomasz Tyndyk sitting on the Jury – he is an outstanding film and theatre actor, who works with Grzegorz Jarzyna, René Pollesch, Krystian Lupa, and Krzysztof Warlikowski.

We shall start our journey through the films included in the On Air competition from the Danish-Swedish co-production titled “You Disappear”. This is a sophomore film by Peter Schønau Fog, in which he discusses the challenges produced by the development of neurobiology, which forces us to look at who we really are from a new perspective. And that is exactly the challenge that the main protagonist Mia (magnificently portrayed by Trina Dryholm) has to face – she is trying to find out the truth about the personality of her husband suffering from a brain tumour.

During the festival in Torun, there will also be a Polish première of “Custody” (“Jusqu'à la garde”), a French film directed by Xavier Legrand. The film has won the Lion of the Future and the Silver Lion for the Best Director, during the Venice IFF 2017. It is a story about a tragedy befalling a family: the divorce of parents and the fight to win custody over the son.

Does the “American Dream” exist at all?

The American Dream seen through the Lithuanian lens is the topic of “Miracle” (“Stebuklas”). This international co-production was made with the support of Orka Film postproduction studio. The film was directed by Eglė Vertelytė and it has been the first Lithuanian candidate in a competition at the film festival in Toronto, in over fifteen years. In the film, the director tells us a story of a run-down post-communist collective farm, which is “miraculously” saved from total collapse by a Lithuanian immigrant from the USA. The film will have its Polish première at Tofifest. It is worth adding that one of the characters in the film – a local priest – was portrayed by Daniel Olbrychski, winner of the Golden Angel of Tofifest.

For a change, the very existence of the “American Dream” is put into question in the Canadian-French début by Vladimir de Fontenay – “Mobile Homes”, which will also have its Polish première at Tofifest. It is a story about a young mother, her little son, and her “toxic” fiancée, who constantly move from one motel to another, along the American border. It goes on like that, until they find out about a community that lives in mobile homes. This will be their chance to start anew...

Débuts made by Masters

Two of the films featured in the competition are full-feature débuts made by artists, who have a lot of other achievements under their belt, but in different fields of art For example, Geremy Jasper, author of “Patti Cake$”, has won Golden Lions in Cannes for his advertising films, and also made music videos for Selena Gomes, among others. In the NY-based magazine Vulture.com, the film by Jasper was named “the most endearing surprise” of this year’s Sundance festival. The film was also selected for Cannes and won awards during the Palm Springs International Film Festival and SIFF (“Best FutureWave Feature”). The main protagonist portrayed by Danielle Macdonald, a young actress from Australia, simply enchanted the audience, which is no wonder, since this story about a young shop clerk working in a supermarket, somewhere in an ordinary town, who dreams of becoming a rap musician, has truly been made with bravado.

Jens Assur is a worldwide famous photographer, who is highly praised for his shocking photo essays from Somalia, Rwanda, or former Yugoslavia. He has also directed many award-winning short films. In his latest work, “Ravens”, we travel back to 1970s, to a countryside somewhere in Sweden. It is a story about a difficult relationship between father and son, traditions, and lack of understanding. A film critic working for Kulturbloggen described Ravens as a film “so dark and dreadful that one wishes to look away, but at the same time so good that one cannot stop watching.”

“More” (“Daha”) is a film directed by Onur Sylak, a very popular Turkish actor – the film will have its Polish première at Tofifest. It is a touching story about a boy growing up in a world that has no room for innocence. Gaza is a 14-year-old boy, who has been involved in smuggling African immigrants into Europe for many years. That practice is making him more and more ruthless executor of tasks that are entrusted to him. The film is an adaptation of a novel by Hakan Günday, under the same title, which has won many awards and was translated into many languages.

Within a Stone Circle of Tradition and Faith

In three of the films featured in the competition their directors will take us on a journey into the vicious circles of inviolable traditions and religious laws, where human emotions are meaningless.

In the Georgian “Dede”, we will travel to a small village in the Caucasus Mountains, in the beginning of 1990s. The director of the film Mariam Khatchvani will make us clash with the tough reality of the eternal customs and laws that put tradition above love. “Dede is astonishing and exciting, traditions, faith, courage, fear, love and firmness all in one film,” as one of film critics wrote for imdb.com. “Dede” was appreciated by the Jury in Karlovy Vary and received the East of West Award.

As for the Italian “Pure Hearts” by Roberto De Paolis, it portrays a situation, when a love affair between “beauty” and “the beast” is denied by an orthodox attitude towards religion. Agnes, 17, comes from a home that lives according to severe religious traditions, but that does not stop her from falling in love with Stefano, a young security guard. Unfortunately, street violence is a natural world for that young man. The film was included in the Official Selection of the “Directors’ Fortnight” section in Cannes, and also received the “One Future” Award for cinema of the future, at the film festival in Munich.

Cinema from Iran has often commented on the idea of the peculiar “schizophrenia” that has affected the country dominated by Islamic fundamentalism. And that is exactly the topic of the film directed by Ali Soozandeh and co-produced by Germany and Austria. The beautifully crafted animation in “Tehran Taboo” ” takes us to Tehran, where young women strive for personal freedom, while fighting a tedious everyday fight against a world of prohibitions and obligations.

The Sci-Fi Icing on the Cake

As part of the On Air competition, Bodo Kox, who has accompanied Tofifest almost from its very beginning, will present his sophomore film, “The Man with the Magic Box”. In the film, he will take us back in time, using a “magic box”, which is actually... an old radio set. The story starts in Warsaw, in 2030, but the two main protagonist eventually end up back in 1950s, in Poland. It is worth mentioning that back in 2013, Bodo Kox was awarded the Golden Angel of Tofifest for his feature début “The Girl from the Wardrobe”.

The winner of Grand Prix – the Golden Angel of Tofifest – will be announced on 28th October, 2017. The award for the best film has been funded by the President of Torun and the Marshal of Kujawsko-Pomorskie Province. The Silver Angel of Tofifest for the best director is funded by the Director of the Polish Film Institute.  The 15th edition of the “rebellious” Tofifest International Film Festival will take place from 21st October to 29th October, 2017, in Torun.